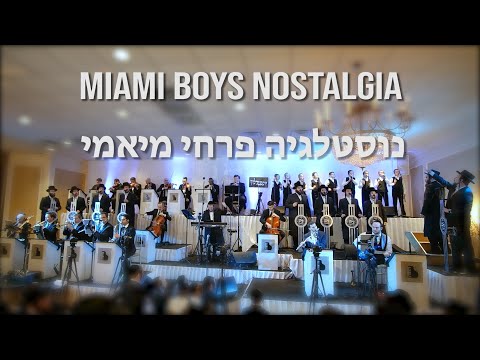 When history evaluates the song catalogs that shaped contemporary Jewish music, few will be treated with more reverence than that of legendary composer, conductor, trendsetter and vocal coach Yerachmiel Begun of Miami Boys Choir.

Over the course of 4 decades, he earned his reputation for defining the sound of modern neginah, and for creating a new standard in the potential of the young voice. Today, there is no one better to play homage to his great songbook than Shira Choir.

On February 2, 2020, family and guests at The Schwartz – Schwimmer wedding in Brooklyn were treated to the ultimate confluence of nostalgia and artistry, as the biggest names on the current music scene delivered a faithful, yet also critically original, Miami Boys Choir medley.

Celebrated arranger and keys virtuoso Avrumi Berko joined forces with Shira’s leading taste-maker Yoely Horowitz to handpick some of the most harmonic and heartwarming songs in the MBC repertoire, covering the numerous genres the choir was famed for tackling.

All-time favorites included upbeat, relaxing, yearning, and anthemic choices. Each song, and the skillful transitions among them, was delivered with flawless grace by Shira’s best voices—enriched and textured by the MBC-worthy Yingerlech children’s choir. Conducted by the indefatigable, ever-talented Reb Shiya Rosen, Yingerlech produced both layered choir work and searing soloing.

Whether you listen for the voices or watch for the magnificent musicianship of Avrumi Berko Productions, enjoy, share, and repeat.