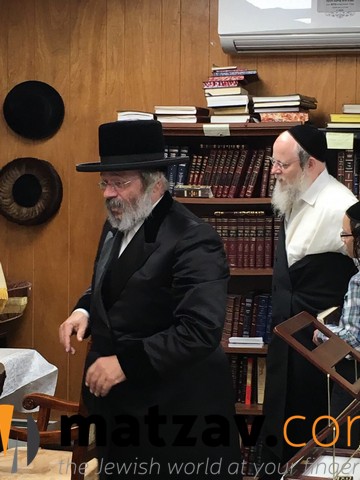 Unsubstantiated reports of the last Reform shul in Boro Park being sold to the Nikolsburger Rebbe were put to an end today, when R’ Jungreis posted a video denying the claim.

According to the rumor, reported by some media outlets, R’ Mordechai Jungreis paid $3 million to purchase the Progressive Temple Beth Ahavath Sholom, located on 15th Ave. and 46th Street in Boro Park.

R’ Jungreis, who is known for his shul in Woodbourne, which is home to minyanim around the clock during the summer months, was said to have bought the Temple to open a similar project in Brooklyn.

Watch below for R’ Jungreis’s own words on the matter: