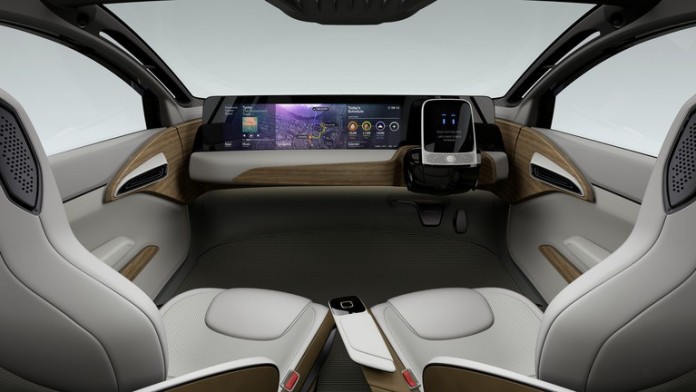 It’s only when manufacturers push the envelope by developing vehicles without such things as traditional steering wheels and brake pedals that regulations may to written to block new autonomous technology, according to a report released by the National Highway Traffic Safety Administration.

NHTSA issued the report in a briefing on its efforts to speed the adoption of driverless cars and other technology that assists human operators. It was produced by the John A. Volpe National Transportation Systems Center, which does research for the Transportation Department.

“There are certain designs for which there are relatively few current regulatory obstacles,” Gordon Trowbridge, a spokesman for NHTSA, said at the briefing. “That means that we need operational guidance, model state policy, out there to help guide the operation and deployment of vehicles that may be relatively close to the road.”

The Volpe study looked at existing federal motor vehicle safety standards and whether those laws will impede the introduction of self-driving technologies. It didn’t examine state laws, which govern driver qualifications, insurance requirements, and other issues.

In an update to U.S. efforts to promote autonomous vehicle technology, Trowbridge said NHTSA was planning pilot programs across the country to test vehicles, working with states on developing new model laws, and evaluating federal regulations for what changes may be required.

The agency is also hosting two forums in April to gather public input on the issue, one in Washington and another at an undetermined location in California, he said.

“We are witnessing a revolution in auto technology that has the potential to save thousands of lives,” Transportation Secretary Anthony Foxx said in a press release Friday. “In order to achieve that potential, we need to establish guidelines for manufacturers that clearly outline how we expect automated vehicles to function — not only safely, but more safely — on our roads.”

President Barack Obama wants to spend $3.9 billion on autonomous vehicle technology over the next 10 years, according to his administration’s proposed 2017 budget.

Adding more automated safety features to cars is one strategy to reduce roadway deaths, Mark Rosekind, NHTSA’s administrator, said Thursday at a safety forum. The technology can help correct for human error, which the agency estimates is a factor in 94 percent of fatal car crashes, Rosekind said.

Traditional manufacturers and technology upstarts including are rushing to develop more autonomous cars.

Daimler this year unveiled a new flagship Mercedes-Benz E-Class that can steer itself in auto-pilot mode, brake in emergencies, and evade obstructions. Ford has announced plans to test autonomous vehicles for better reaction to snowy conditions, one of the major technical hurdles.

Tesla Motors’s chief executive officer, billionaire Elon Musk, says it’s technically feasible that its electric cars will be capable of driving autonomously across the U.S. within two to three years. Google operates perhaps the best-known fleet of self-driving cars, and Apple is presumed to be working on its own models.

In February 2014 NHTSA also promised to move forward with regulations that will require cars to be able to communicate with each other to avoid crashes. So-called vehicle-to-vehicle communications may in the future save lives on the scale of earlier safety innovations like seat belts and air bags, the agency said.