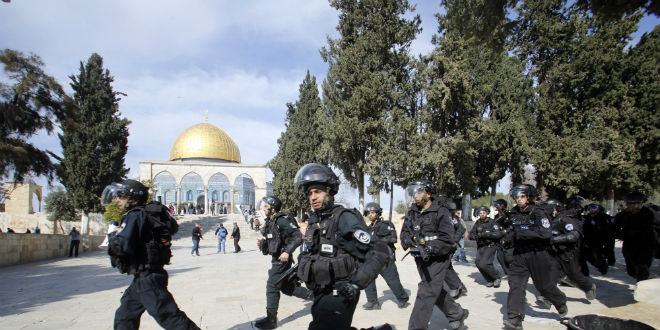 Today, riots broke out in Yerushalayim after two Jews ignited the anger of Arabs by bowing down on the stone floor of the Har Habayis, fully prostrating themselves.

Israeli police arrested the two Jews, making it the third day in a row that Jews were removed by police from the Har Habayis.

The ensuing brawl between police and Arabs can be seen in the videos below.

A total of eight Jews were taken off the Har Habayis by Israeli police this morning.