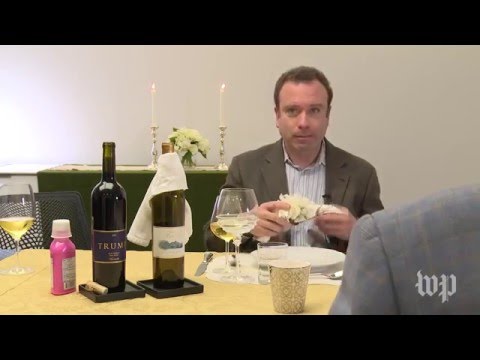 DNA India reports: A US journalist has kept his promise of literally eating his words if Donald Trump clinches the Republican presidential nomination as the scribe consumed a nine-course meal featuring newsprint from his column.

Washington Post columnist Dana Milbank in October last year wrote a column predicting the demise of the 69-year-old billionaire’s presidential ambitions. The headline of the column read, “Trump will lose, or I will eat this column.” “Literally: The day Trump clinches the nomination I will eat the page on which this column is printed in Sunday’s Post,” Milbank wrote last year.

“I have this confidence for the same reason (Mitt) Romney does: Americans are better than Trump,” he had said. The Post writer, of course, was proven wrong earlier this month, when Trump became the Republican party’s presumptive nominee after the Indiana primary.

Milbank delivered on his headline’s promise on Wednesday. The Washington Post carefully curated a nine-course meal to document the occasion including newspaper chilaquiles, dumplings, falafel, steaks, the way Trump likes them, and even a Trump Tower-inspired taco bowl.

The dishes, prepared by the head chef at Washington’s Del Campo restaurant, Victor Albisu, creatively incorporated newspaper pages into the recipes — with some of the ink “mercifully well-ground” into the steak’s chimichurri sauce, or sprinkled into the guacamole topping the taco bowl, or mixed into the chickpeas of the falafel, CBS News reported.