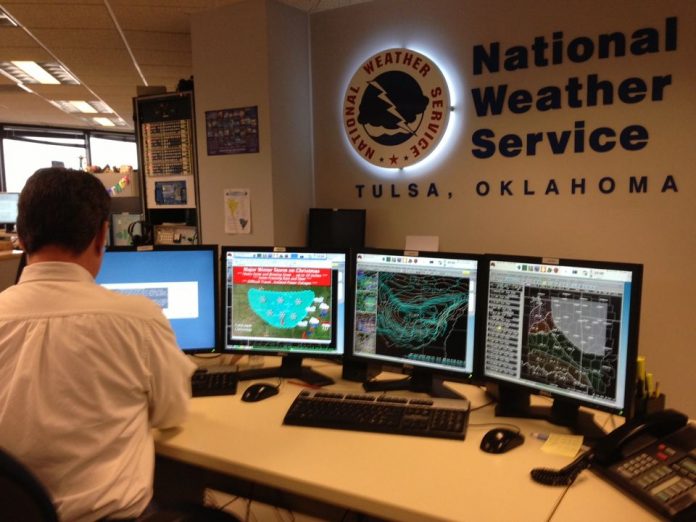 On a day when a blizzard was pasting Maine and Northern California faced a dire flooding threat, several of the National Weather Service’s primary systems for sending out alerts to the public failed for nearly three hours.

Between approximately 1:15 p.m. and 4 p.m. Eastern time Monday, products from the Weather Service stopped disseminating over the Internet, including forecasts, warnings and current conditions.

At about 4 p.m. Monday, a Weather Service spokesperson said the “system just came back up” and that more information about the cause of the outage was forthcoming.

Hickman said two core routers for transmitting information from the Weather Service offices out to satellites, which beam the information back to public service providers, stopped working. “There is a primary and a backup, and both have failed,” Hickman said.

At 1:33 p.m., the Weather Service sent out a message confirming that the core routers had gone down. “Engineers are looking for a work around,” the message said. “Most data for the U.S. is affected including RADARS.”

Hickman added that another backup system known as the Emergency Managers Weather Information Network was also not disseminating data.

While access to Weather Service updates on the Internet was cut off, some service providers who obtain Weather Service information through fiber optic landlines still received data. In addition, National Oceanic and Atmospheric Administration Weather Radio, which broadcasts forecasts and warnings, continued operating.

During the outage, the Weather Service posted two messages on Twitter:

1) NWS is aware of the data outage impacting customers across the nation. We will pass along more detailed information as soon as possible.

NOAA and the Weather Service have a history of problems with information dissemination. As Hurricane Matthew charged toward Florida in October, a “partial service disruption” made its website unavailable for many users. It also experienced a “major network issue” in July that impeded the issuance of forecasts and warnings. In 2013, it endured a host of systems failures.

During a media roundtable in late September, Weather Service Director Louis Uccellini said that dissemination upgrades were underway and that the agency had made “a lot of progress.” It completed its first phase of reconstructing and bulking up its dissemination system and, in its second phase, is working toward 99.9 percent reliability and having full backup capacity. “We’re about a year away,” Uccellini said at the time.