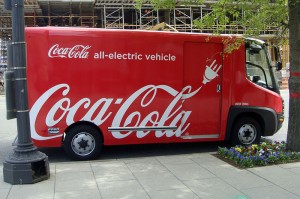 William Lamar, the senior pastor at D.C.’s historic Metropolitan African Methodist Episcopal Church, is tired of presiding over funerals for parishioners who died of heart disease, diabetes and stroke.

So on Thursday, he and another prominent African-American pastor filed suit against Coca-Cola and the American Beverage Association, claiming soda manufacturers knowingly deceived customers about the health risks of sugar-sweetened beverages — at enormous cost to their communities.

The complaint, filed in D.C. Superior Court on behalf of the pastors and the Praxis project, a public health group, alleges that Coke and the ABA ran an intentional campaign to confuse consumers about the causes of obesity.

Lamar and Delman Coates, pastor at Mt. Ennon Baptist Church in suburban Clinton, Maryland, claim soda marketing has made it harder to protect the health of their largely black, D.C.-based parishioners.

Their case is similar to another suit that was filed, and later withdrawn, last January by the same legal team in California.

The lawsuit marks a break with tradition for African-American and Latino community groups who have been reliable allies of Big Soda for years in policy fights nationwide — despite overwhelming evidence that the harms of drinking soda disproportionately affect their communities.

Obesity, hypertension, diabetes, cardiovascular disease and lower-extremity amputations are all far higher among people of color than among whites. These communities also drink more soda and are exposed to more soda advertising.

“It’s become really clear to me that we’re losing more people to the sweets than to the streets,” said Coates, who said he has seen parishioners give bottles filled with sugary drinks to their infants. “There’s a great deal of misinformation in our communities, and I think that’s largely a function of these deceptive marketing campaigns.”

In a statement, Coca-Cola dismissed the pastors’ charges and the merits of the earlier lawsuit in California, which lawyers say they withdrew in order to refile with the new plaintiffs.

“The allegations here are likewise legally and factually meritless, and we will vigorously defend against them,” the statement said. “The Coca-Cola Company understands that we have a role to play in helping people reduce their sugar consumption.”

This suit, much like the prior one in California, argues that the beverage industry has deceived consumers about the unique link between soda consumption and diseases such as obesity and type 2 diabetes using messaging tactics similar to those once used by tobacco companies.

According to the complaint, Coca-Cola executives have repeatedly invested millions of dollars in research, sponsored blog posts and advertising campaigns intended to disprove or confuse the link between soda consumption and disease. The company’s ads and its executives, as well as a number of compensated nutrition bloggers, have also advanced the argument that lack of exercise is primarily responsible for the obesity epidemic and that the calories consumed in soda can be offset easily by increasing physical activity.

In 2013, Coca-Cola developed a 30-second prime-time TV ad, called “Be OK,” that claimed a brief walk, a single “victory dance” or a brief laughing spell were sufficient to burn the 140 calories in a can of Coke.

Coca-Cola Senior Vice President Katie Bayne also famously told a USA Today reporter in 2012 that “there is no scientific evidence that connects sugary beverages to obesity.”

The suit argues that science shows otherwise: There is, in fact, a well-established link between soda consumption and obesity, though the exact mechanism of that link is not well understood. A 20-year study of 120,000 adults, published in 2011 in the New England Journal of Medicine, found that people who drank an extra soda per day gained more weight over time than those who did not. Other large-scale studies have found that soda-drinkers have a greater chance of developing type 2 diabetes, heart disease and gout.

Those epidemics are even worse among communities of color, according to the Centers for Disease Control and Prevention. Obesity affects nearly half of all African-Americans and 42 percent of Latinos, versus just over one-third of whites. A 2016 study in the Journal of Racial and Ethnic Health Disparities found that soda consumption was a particularly strong predictor of future weight-gain for black children.

“There’s a health crisis in the U.S., especially in our communities, and especially among children,” said Javier Morales, director of the Praxis Project. This is not coincidental, he added: “They target our communities with their marketing. We’re going into those communities trying to save lives, and they’re going out and erasing our message.”

The soda industry has argued that it has done a lot to support communities of color and the fight against obesity. In recent years, these companies have increased their portfolios of low-calorie and no-calorie beverages.

“We support the recommendation of the World Health Organization (W.H.O.), that people should limit their intake of added sugar to no more than 10 percent of their total daily calorie intake. We have begun a journey toward that goal,” Coke said in a statement. “So we are taking action to offer people more drinks in smaller, more convenient sizes, reducing sugar in many of our existing beverages, and making more low and no-sugar beverage choices available and easier to find at local stores. We’ll also continue making calorie and nutrition information clear and accessible so people can make more informed choices for themselves and their families without the guesswork.”

Soda companies have also, through the American Beverage Association, funded a number of nutrition and healthy cooking programs in low-income neighborhoods in New York, Los Angeles and other cities. ABA’s partners on that project include the National Council of La Raza and the National Urban League.

“America’s beverage companies know we have an important role to play in addressing our nation’s health challenges. That’s why we’re engaging with health groups and community organizations to drive a reduction in the sugar and calories Americans get from beverages,” the ABA said in a statement. “Unfounded accusations like these won’t do anything to address health concerns, but the actions we’re taking, particularly in areas where obesity rates are among the highest, can make a difference.”

But soda companies market more to Latino and black communities. Multiple studies by the Rudd Center for Food Policy and Obesity at the University of Connecticut have found that soda ads appear more frequently during TV shows targeted to black audiences. Black teens see three times as many Coca-Cola ads than white teens do. Billboards and other signs for low-nutrient foods show up more in black and Latino neighborhoods.

Yet minority communities have historically been stalwart allies of large soda-makers, Coca-Cola included. As New York University professor Marion Nestle details in her book “Soda Politics,” those companies have been major funders of minority advocacy groups, including the NAACP, since the 1950s — a strategy initially intended to expose soda to new demographics.

Advocacy groups representing people of color, including local chapters of the NAACP and the Hispanic Federation, have since become instrumental in beating back soda taxes in places like New York; Richmond, California; and Santa Fe, New Mexico. When the American Beverage Association sued to prevent the implementation of Mayor Michael Bloomberg’s, D, soda tax in early 2013, both the NAACP and Hispanic Federation filed a brief in support of it.

Lamar said he was grateful that companies like Coca-Cola had supported these organizations but that their philanthropy did not “negate the science or the fact that their marketing is mendacious.”

“This campaign of deception has also been bestowed on the leadership of our major Latino and black organizations,” Coates said. “The leaders of many of these organizations, like the average lay person, is just not aware of the science.”

That represents a shift that Nestle calls “highly significant.”

“In the past, this community has supported the soda industry in opposing public health measures even though the health impact of sugary drinks is higher in that community,” the professor told The Post. “It is highly significant that this community is joining the CSPI lawsuit. It should put the soda industry on notice that it needs to stop targeting African-Americans who are at high risk of chronic diseases encouraged by sugary drink consumption.”

But it’s unclear whether the suit will ultimately have more than a glancing impact on the beverage industry. Coke and the American Beverage Association do not need to respond to the complaint until September. At that point Maia Kats — the litigation director at the Center for Science in the Public Interest and one of the lawyers on the case — said she believes they will push for dismissal.

In the meantime, Lamar and Coates say, they’ll continue visiting hospitals, and overseeing funerals, for members of their churches suffering from obesity-related illnesses.

“I am disgusted by the number of hospital visits I make,” Lamar said. “It just adds to the injustices all around us.”