The White House to put the onus on Democrats in Congress for a failure to renew expiring federal jobless benefits, saying they had rejected four offers put forward by the Trump administration without countering.

“What we’re seeing is politics as usual from Democrats on Capitol Hill,” White House chief of staff Mark Meadows told reporters. “The Democrats believe that they have all the cards on their side and they’re willing to play those cards at the expense of those that are hurting.”

Negotiations were to continue on Friday between White House officials and congressional Democrats. 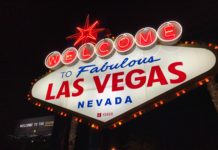