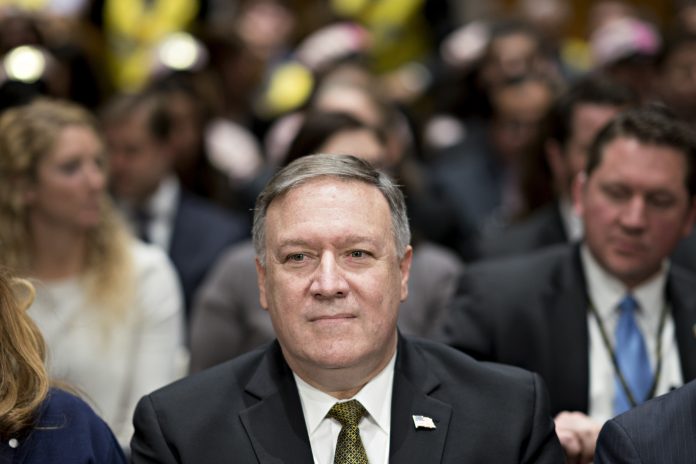 John Wagner  Senior White House officials on Monday urged Democrats and a key Republican to reconsider their positions on Mike Pompeo’s nomination as secretary of state ahead of what could be an unfavorable committee vote later in the day.

“We certainly hope that some members will change their minds,” White House press secretary Sarah Huckabee Sanders said during a morning interview on Fox News, in which she accused Democrats of playing “political games” with President Donald Trump’s nomination of Pompeo, the current CIA director.

Shortly afterward, Trump took to Twitter, saying it was hard to believe that “Obstructionists” might vote against his pick. He also complained more broadly that Democrats would not help in approving “hundreds of good people” and were slowing down the confirmation process of his nominees. “Need more Republicans!” the president wrote.

All Democrats on the Senate Foreign Relations Committee, as well as Republican Rand Paul, Ky., have signaled opposition to Pompeo’s nomination. If they maintain their positions during a committee vote scheduled for late Monday afternoon, Pompeo’s nomination will not have enough votes to be reported favorably to the full Senate.

Senate Majority Leader Mitch McConnell, R-Ky., could still bring up Pompeo’s nomination for a floor vote later in the week after getting around some procedural hurdles. A full Senate vote is expected to be close, but Pompeo’s prospects look promising.

Pompeo got a major boost late Monday morning with an announcement by Sen. Joe Manchin III, D-W.Va., that he would vote for the nomination on the floor – becoming the second Democrat in the chamber to voice support.

“After meeting with Mike Pompeo, discussing his foreign policy perspectives, & considering his distinguished time as CIA Director & his exemplary career in public service, I will vote to confirm Mike Pompeo to be our next Secretary of State,” Manchin said on Twitter.

If confirmed, Pompeo would become the first nominee to win a Cabinet post without a committee endorsement since 1945, according to the Senate Historical Office. That year, Henry Wallace was confirmed to serve as President Franklin D. Roosevelt’s commerce secretary without committee support.

Sanders also cast Pompeo’s nomination as key for ongoing negotiations with North Korea over its nuclear ambitions. Pompeo recently made headlines for his secret trip to North Korea over Easter weekend to meet with leader Kim Jong Un.

“To stop that would be incredibly dangerous and damaging for our country and for the world,” she said.

Asked about Paul’s committee vote in particular, Sanders encouraged the senator to continue to be a good ally to the president.

“Rand Paul should have faith in the president’s decision,” she said. “He should certainly be supportive of what the president is trying to do.”

Marc Short, the White House legislative director, said recent weeks have been “incredibly disheartening” as he has had private conversations with Democrats who say Pompeo is qualified but will not vote for him because of political considerations.

“They’re not showing courage in doing what they know is right,” Short said of Democrats during an appearance on CNN.

Both Short and Sanders pointed to widespread support from Republicans for President Barack Obama’s nominations of Hillary Clinton and John F. Kerry as secretary of state during the Democrat’s tenure.

During his 5 1/2-hour confirmation hearing this month, Pompeo was grilled by every Democratic member of the committee, as well as Paul. Many senators questioned whether Pompeo would stand up to the president on matters such as ripping up the nuclear deal with Iran or opening talks with North Korea – or whether he would simply support the president’s predilections to stay in his good graces.

Last week, North Dakota’s Heidi Heitkamp became the first Senate Democrat to announce that she would support Pompeo’s bid to become secretary of state. GOP leaders seem confident that some other Democrats will join Heitkamp, and they have been targeting those with difficult reelection battles this year in states that Trump carried in 2016.

“Those of us voting against Pompeo are not obstructing anything,” wrote Menendez, the top Democrat on the Senate Foreign Relations Committee. “We are patriots concerned about creating peace in a dangerous world fueled by a chaotic President. Tweet rants will not weaken the Senate’s check on your appointment authority.”

After the Senate considers Pompeo’s nomination, two other Trump nominees could have tough confirmation battles: Gina Haspel to be the next CIA director and Ronny L. Jackson to be the next head of the Department of Veterans Affairs. 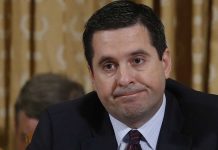