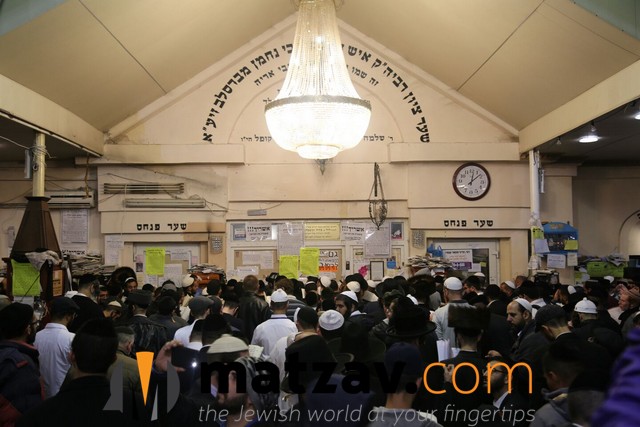 In 1979, former President Jimmy Carter saved Rav Nachman’s kever from being buried by a Soviet high rise building project, the Jerusalem Post reports Speaking to the Metro news agency, Rav Nosson Maimon, co-founder of the Breslov Research Institute and former head of the Breslov World Center, said that the story began when Mrs. Zabada, the woman in whose backyard the kever was located, told Breslovers of the Soviet plan to build high rises over the mass grave of victims who died in a 1768 massacre where Rav Nachman was buried.

“She had been informed by the local authorities that all the houses there, including hers, were to be replaced by nine-story buildings,” Maimon said. “…It was her concern for her garden and her chickens that really moved her and she used the importance of the shrine in her backyard.”

Israel based Breslov leader Rav Michel Dorfman held an urgent meeting in Yerushalayim where he noted that since the building plan was not local but part of a Soviet five-year plan, the best course would be to have the American government intervene.

Dorfman flew to the United States, where the Lubavicher Rebbe instructed activists to enlist the help of Rav Pinchas Teitz of Elizabeth, New Jersey, who had invited Carter to speak in Elizabeth during his election campaign. As a result, Rav Teitz had a letter from Robert Lipshutz, Jimmy Carter’s liaison to the Jewish community, stating, “Should you ever need to call on the White House, you are welcome.”

A detailed cover letter explaining the situation in Uman and the importance of the kever was submitted to Lipshutz at a meeting arranged by Rabbi Moshe Sherer of Agudath Israel. Shortly after the 1979 Vienna Summit, where President Carter and Russian President Leonid Brezhnev met, the Russian ambassador said that Brezhnev had personally received the request. The high-rise project was to go ahead with the exception of Rav Nachman’s plot at 1 Belinski Street on the corner of Pushkina Street, which was to be declared an international shrine.