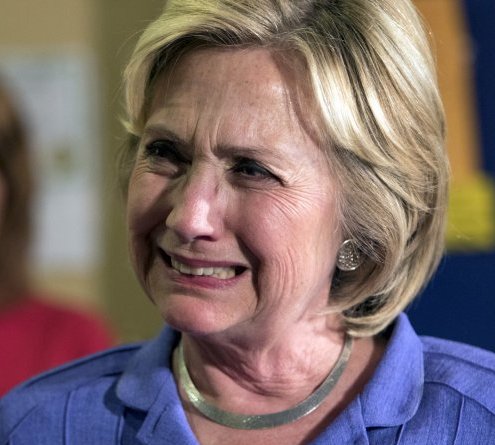 WikiLeaks has been Hillary Clinton’s worst nightmare for months, but they just dropped the biggest bombshell yet: They have released emails which confirm just how serious Hillary Clinton’s debilitating health issues are, Political Insider reports.

First, Hillary Clinton reached out to the NFL Commissioner in 2012 to ask for advice about dealing with her “cracked head” and head injuries.

But the details are even worse than that. It has been confirmed that the State Department staff, under Hillary Clinton, was told to research new drugs to treat Parkinson’s disease.

We know now that as Secretary of State, Hillary Clinton dispatched her executive staff in the State Dept. to help conduct research on Provigil, a controlled drug often prescribed for patients suffering from Parkinson’s, Alzheimer’s, and Multiple Sclerosis.
Provigil is often used to help such patients stay awake and curb extended bouts of sleep. The drug is also used to treat narcolepsy.

In a series of emails spanning from August to Oct. 2011, Clinton asks and receives information from her trusted inner circle on the drug Provigil, including the side effects of the pick-me-upper drug favored by long-haul truckers to stay awake for long periods of time.