A $768.4 million Powerball jackpot – the third-largest in U.S. lottery history – has been won in Wisconsin.

A single ticket matched all six numbers – 16, 20, 37, 44, 62, plus Powerball 12 – in Wednesday night’s drawing, lottery officials said. The ticket holder (or holders) may choose to take the estimated $768.4 million paid out over the next 29 years or $477 million in cash, Powerball officials said.

“This is an amazing milestone moment for Wisconsin,” the state’s lottery director, Cindy Polzin, said in a news release. “It truly is incredible to think that the winning ticket for this historic jackpot was sold in our own backyard. I am extremely excited for the winners and for our state. This event puts us in the national spotlight and turns Wisconsin into WINsconsin.”

In January 2016, winners in California, Florida and Tennessee split the largest American lottery jackpot ever won – a $1.586 billion Powerball jackpot.

The second-largest U.S. jackpot – $1.537 billion in the Mega Millions game – was won in South Carolina in October. Several months later, a woman in Simpsonville, S.C., who elected to remain anonymous, came forward to claim her massive prize, taking the lump sum worth $878 million – the largest jackpot ever paid out to a single winner, lottery officials said.

The odds of winning Wednesday night’s jackpot were 1 in 292,201,338, according to the Wisconsin Lottery. 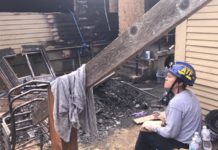 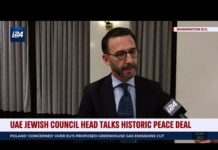 Watch: UAE Jewish Council Head: No Peace Deal Like This One