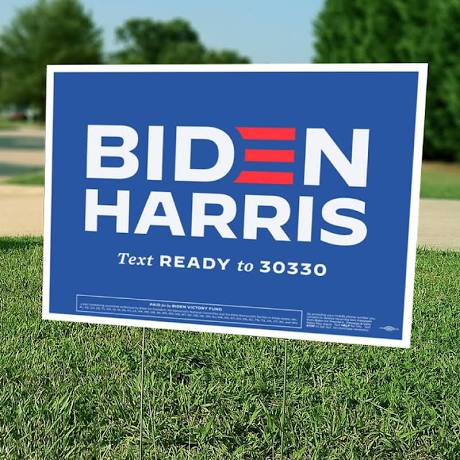 A Wisconsin man has been charged with a hate crime after he bellowed antisemitic slurs at his neighbors because of a sign in their yard supporting Democratic US presidential candidate Joe Biden.

According to a criminal complaint published on Sept. 3, 49-year-old Gregory Kirst was charged in Ozaukee County Circuit Court with disorderly conduct with a hate crime enhancer, which increases the maximum penalty to a $10,000 fine and a prison sentence of up to one year, the Milwaukee Journal Sentinel reported over the weekend.

Kirst — a resident of the city of Mequon, northwest of Milwaukee — clashed with his neighbors over the sign on Aug. 30. During the middle of the evening, he walked across the street with his daughter and removed the sign. He then yelled at the female inhabitant of the house through a screen door, proffering his middle finger when she ordered him to leave her property.

When the woman’s husband confronted him outside, Kirst called him a “dirty Jew” and blamed Jews for causing the riots in Portland, Oregon.

Kirst eventually left the neighbor’s property and returned to his house, where he used a large piece of white cloth to create a sign that said “Jews for Trump,” which he then displayed on his front lawn.

Kirst repeatedly refused to leave his home when Mequon police arrived. He denied removing the neighbor’s sign or engaging in any kind of altercation.

Another neighbor eventually convinced Kirst to come out of his house to be arrested.

Kirst is next scheduled to appear in court Sept. 17.

In a blog post reflecting on the incident, Mequon Mayor John Wirth stated that “most Mequon residents abhor this hateful behavior. It is not what we are about.”

Wrote Wirth: “Yes, we all have the inalienable right to free speech. But having the right to do something does not mean that doing it is right.”