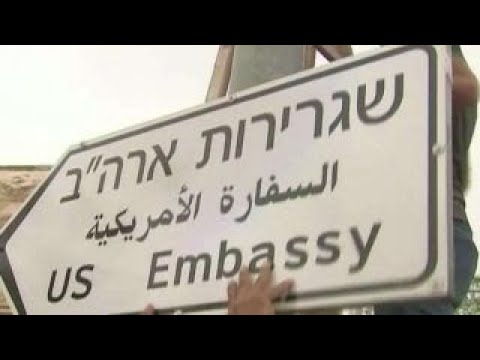 A year after President Donald Trump’s historic address formally recognizing Yerushalyim as Israel’s capital and ordering the State Department to relocate the US embassy from Tel Aviv to Jerusalem, Israel is preparing a special embassy quarter in the historic city.

On Wednesday, officials from the Construction and Housing Ministry announced plans to build a complex in the capital with space for nine separate embassies. Nearly 650,000 square feet of building space have been set aside for the project with an option to expand to 860,000 square feet.

The new embassy quarter is expected to include nine separate sections built across 25 acres of land in the Talpiyot area of Yerushalayim.. The area will include both embassy facilities and housing for embassy staff.

As of now, only the US and Guatemala have moved their embassies to Yerushalayim, although several more, including Australia, Honduras and the Czech Republic have expressed interest.

Earlier this year, Paraguay moved its embassy to Jerusalem – only to later backtrack and relocate the embassy back to Tel Aviv.