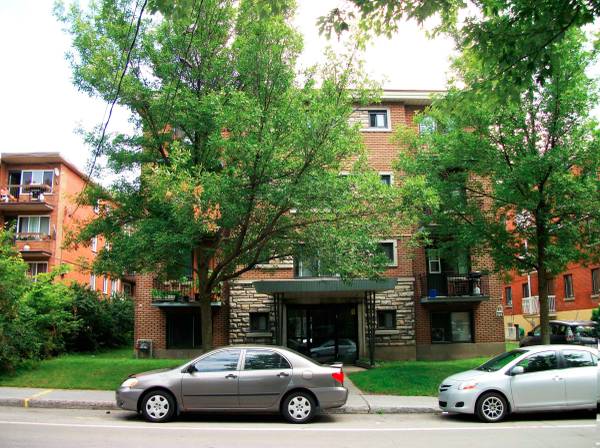 Four teens, including at least one African-American, were arrested after a young man studying in a Montreal Kollel was stabbed multiple times and robbed February 21st.

The incident happened around 11:30 when a Jewish man was walking home after his studies in Kollel Kesser Torah on Bates. As the man reached the intersection of de Vimy and Goyer, he was reportedly approached by two teens who threatened him with a knife and asked him to give them all his money.

The man refused and was stabbed repeatedly in the arm and leg. The two robbers then snatched his wallet and fled. Police and Hatzoloh were immediately notified and they rushed to the scene and treated the victim for non life-threatening injuries.

Chaverim were also notified, and they got in touch with another young Jew, Mendy Sternfeld, who had been robbed two nights earlier in the same area.

Sternfeld had been out for a stroll on the corner of Bates and Wilderton Sunday night when two teens approached him and asked for his wallet and phone. Sternfeld acquiesced and handed them his valuables. He then contacted police and Chaverim from a payphone near the train tracks and filed a police report.

Using the information Sternfeld had given Chaverim and Google timeline (which tracks location history on phones), police traced the phone to a local Tim Horton’s Sunday night. They then went through the surveillance footage inside the restaurant and Sternfeld was able to identify the two muggers who were seated with two other suspects.

On Tuesday evening, word of the stabbing spread quickly and Mo Abenson, who lives in the de Vimy area, recalled that a friend living near the spot where the incident occurred had security cameras installed outside his home.

Abenson called his friend and drove over. They went through the surveillance footage and discovered footage of two suspects.

As soon as he saw the image, Abenson raced to his car and started patrolling the area next to the site of the stabbing. “People who commit crimes always return to the site they carried it out,” explained Abenson. “In the last six months I helped police catch five people breaking into cars.”

No drove around and spotted two suspects who looked like the men from the surveillance footage hanging out near Bates and Wilderton, a couple of blocks from where the stabbing had taken place.

He called his friend who was looking over the surveillance together with Chaverim volunteers and asked them to send him a clear picture.

After confirming that the two teens he was watching were the same individuals from the surveillance footage, Abenson notified Chaverim and the police, keeping everyone up to date as he followed the suspects until they entered an apartment building near the corner of Goyer and Wilderton.

Meanwhile, security cameras at Tim Horton’s showed the suspects paying for their meal Sunday night with credit cards and police were able to attach a name to one suspect.

When police arrived, they brought a canine unit which led them to an apartment where they found and arrested all four suspects, two of them for alleged past crimes.

Sternfeld arrived on the scene to identify his muggers and one of the suspects recognized him, shouting, “Hey, I know you.”

According to the Sternfeld, the motive did not appear to be antisemitic. “They just wanted my money,” he said.

The second victim is expected to recover fully. Neither wallet nor Sternfeld’s phone have yet been returned.