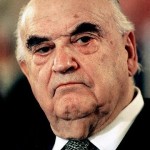 A British-Jewish publisher is funding the rescue of 2,000 Syrian and Iraqi Christians who are being threatened by the Islamic State terror group, in an effort to thank those members of the Christian faith who helped him escape the Nazis just before the Holocaust.

Lord Weidenfeld, 95, arrived in England just prior to the beginning of World War II and founded the Weidenfeld and Nicolson publishing business. He later received the British aristocratic title of “life peer.” Weidenfeld is currently leading the Weidenfeld Safe Havens Fund, which last week transported 150 Syrian Christian refugees on a private flight to Poland. More rescue missions are expected, and the fund will offer 12-18 months of financial support to the refugees.

“I had a debt to repay,” Weidenfeld said. “It applies to so many young people who were on the Kinderstransports (rescue-by-train missions during the Holocaust). It was Quakers and other Christian denominations who brought those children to England. It was very high-minded operation and we Jews should also be thankful and do something for the endangered Christians.”

Yet some countries, including the U.S., have refused to participate in Weidenfeld’s project on the grounds that it is being supported by the regime of Syrian President Bashar al-Assad. Critics have also pointed to the fact that the initiative does not aim to help the Muslims who are also being terrorized by Islamic State.

Weidenfeld defended his project, stating, “I can’t save the world, but there is a very specific possibility on the Christian side,” the UK Independent reported.