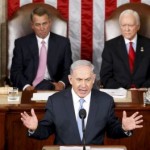 Three quarters of highly educated, high income, publicly active US Democrats — the so-called “opinion elites” — believe Israel has too much influence on US foreign policy, almost half of them consider Israel to be a racist country, and fewer than half of them believe that Israel wants peace with its neighbors. These are among the findings of a new survey carried out by US political consultant Frank Luntz.

Detailing the survey results to The Times of Israel on Sunday, Luntz called the findings “a disaster” for Israel. He summed them up by saying that the Democratic opinion elites are converting to the Palestinians, and “Israel can no longer claim to have the bipartisan support of America.”

He said he “knew there was a shift” in attitudes to Israel among US Democrats “and I have been seeing it get worse” in his ongoing polls. But the new findings surprised and shocked him, nonetheless. “I didn’t expect it to become this blatant and this deep.”

A prominent US political consultant known best for his work with Republicans, Luntz is meeting with a series of high-level Israeli officials this week to discuss the survey and consult on how to grapple with the trends it exposes.

“Israel has won the hearts and minds of Republicans in America, while at the same time it is losing the Democrats,” he said. On US politics, “I’m right of center,” he added. “But the Israeli government and US Jews have to focus on repairing relations with the Democrats.”

Luntz put a series of largely Israel-related questions to 802 members of the opinion elites and his findings have a 3.5% margin of error. The survey, sponsored by the Jewish National Fund, was conducted last week. Among the key findings:

• Asked about Israeli influence on US foreign policy, an overwhelming 76% of Democrats, as compared to 20% of Republicans, said Israel has “too much influence.”

• Asked if settlements are an impediment to peace, 75% of Democrats and 25% of Republicans agreed.

Read more at TIMES OF ISRAEL.