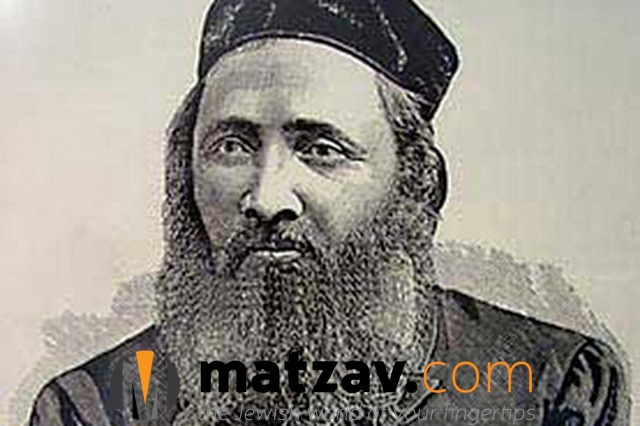 Thousands will participate today, as they did on Friday, in visiting and davening at the kever of Rav Yaakov Yosef in the Union Field Cemetery, located at 82-11 Cypress Avenue in Ridgewood, Queens. Rav Yaakov Yosef’s yahrtzeit was yesterday, 24 Tammuz, on Shabbos, so the yahrtzeit was observed on Friday and is being observed today. Buses will be leaving from various locations in Brooklyn and ample parking will be available alongside the cemetery.

Rav Yaakov Yosef was born in the Krozhe Province of Kovno. He studied at the yeshiva in Volozhin under Rav Yisroel Salanter zt”l and was elected as rov of Vilon, Yurburg, and Zhagovy before becoming maggid and acting rov of Vilna in 1883. A brilliant talmid chochom, Rav Yaakov Yosef was known for his brilliance.

When Rav Avrohom Yosef Asch zt”l, the first rov of Beis Medrash HaGadol of the Lower East Side, passed away in 1887, a new rov was sought. There was a common consensus that organizing the many kehillos in New York City under one banner was urgently needed and a decision was made by the 15 most prominent kehillos to appoint a Chief Rabbi. Requests were sent to the leading rabbonim of Europe, the seat of religious Jewry at that time, for recommendations of candidates. Several outstanding applicants were considered. A delegation was dispatched to Europe and consulted with its leading rabbonim for an appointment of a Chief Rabbi of towering Torah and personal stature for New York’s large and growing Jewish community. Rav Yaakov Yosef’s name was repeatedly suggested.

On Shabbos, Parshas Matos-Masei, July 7, 1888, the trans-Atlantic ship Allaire docked at Hoboken, New Jersey. After Havdalah, at approximately 10 p.m., the new Chief Rabbi was taken to the nearby Myers Hotel by horse-drawn carriage. The leaders of the kehillos that joined in appointing the Chief Rabbi, as well as more than 100,000 people, crowded the streets for an opportunity to catch a first glimpse of him, all reported by the daily newspapers of the time. Hoboken had never before seen such a large crowd.

The Chief Rabbi delivered his first public drasha in New York on Shabbos Nachamu, July 28. Beis Medrash HaGadol at 60 Norfolk Street of the Lower East Side of Manhattan was filled to capacity, standing room only, and tens-of-thousands stood outside. Police were necessary for crowd control. Beis Medrash HaGadol, established in 1852, is still at its original location.

Sadly, Rav Yaakov Yosef was accorded great honor only twice during his tenure as Chief Rabbi. When he arrived in 1888, noting that more than a 100,000 people gathered to welcome him, The New York Times heralded him as an ecclesiastical giant in describing his grand arrival and royal reception.

For months, New York City newspapers continued to report about the huge attendances for his weekly Shabbos drashos. When he passed away in 1902, more than 120,000 people participated in his levaya, the largest New York City had ever seen. His aron was carried through the streets of Manhattan and taken by boat across the East River to Queens.