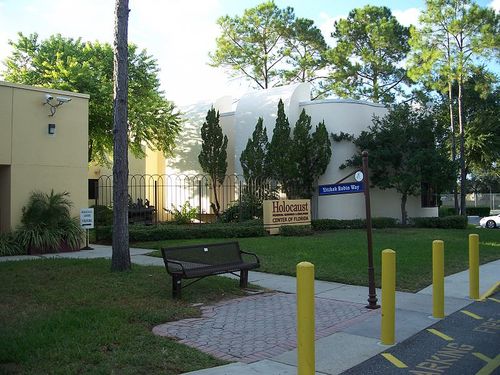 Two Jewish schools in Florida were evacuated following bomb threats, but no explosives were found at either site.

Students and staffers of the Meyer Academy Jewish Day School in Palm Beach Gardens, Fla., were evacuated Tuesday to an undisclosed location after police responded to a bomb threat. The Mandel Jewish Community Center, located next door, was also evacuated.

Also on Tuesday, the Jewish Academy of Orlando’s preschool and elementary school in In Maitland, Fla., were evacuated to a nearby elementary school following a telephone threat. The Roth Family Jewish Community Center, the Holocaust Memorial Resource and Education Center of Florida, and the Jewish Federation of Greater Orlando were also evacuated, as they share a campus with the school.

Matiland police said the threatening call came from a private phone number and that the caller said he wanted to hurt as many children as possible. Police are investigating whether the threat was serious or a prank.

“It was a male voice, slow, robotic. [The caller] might have been using some type of device to alter it,” the Matiland Police Department’s Lt. Louis Grindle said.

It is not yet clear if the two threats are related.