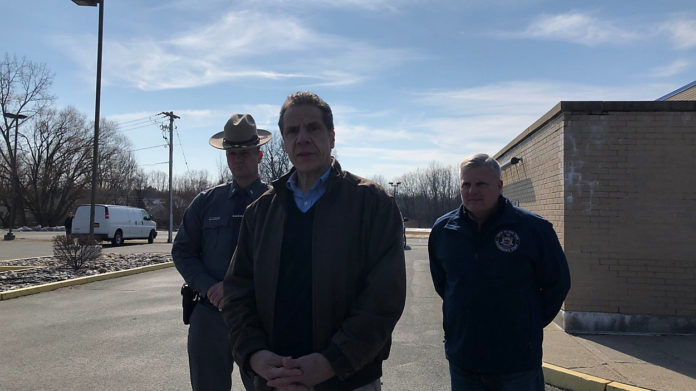 Spectrum News reports that Albany police said the JCC notified them of the threat around 11:05 a.m. Cuomo said about 100 people were inside when it happened and they all had to be evacuated.

Cuomo and Albany PD say the threat was nonspecific, but was emailed to specific people at about 20 different JCCs across the state. It’s still unclear where the threat came from, but Cuomo says a threat like this is one of the worst things a person could do.

“When you threaten a JCC, it’s not just an anti-Semitic attack. You have children who go to the JCC, you have gym facilities here, so you’re really threatening children. It’s one of the most heinous things that you can do,” Cuomo said.

Spectrum News reports that the FBI is now also involved in investigating where this threat originated and Cuomo said the state is working to strengthen laws for hate crimes like this one. He said since the beginning of the year, there have been about 42 threats in the state like this.