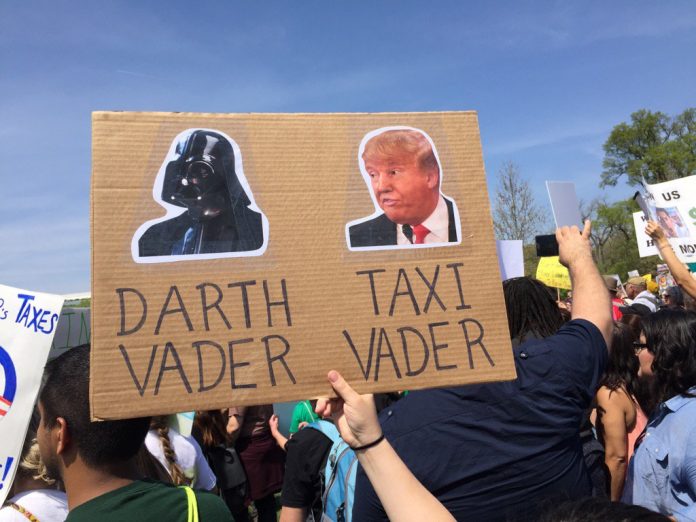 Thousands of people turned out Saturday at rallies across the country demanding that President Trump release his tax returns, reports The Hill.

More than 25,000 people turned out to a rally in Washington, D.C., the Tax March group said in a statement. Local news outlets in cities including Los Angeles, Philadelphia and Chicago reported that thousands of protesters came to their marches as well.

Organizers for the rallies had previously predicted a turnout of around 100,000 nationwide, though the actual turnout was unclear, estimated roughly in the tens of thousands.

Trump broke with precedent by refusing to release the documents. The businessman originally suggested on the campaign trail that he would share them if elected, but has continued to keep the documents private nearly three months after his inauguration.

Saturday’s events were held as the tax-filing deadline approaches. The traditional deadline is April 15, but taxpayers have until Tuesday, April 18, to file since April 15 was a Saturday and Monday is when D.C. observes Emancipation Day. Read more at The Hill.