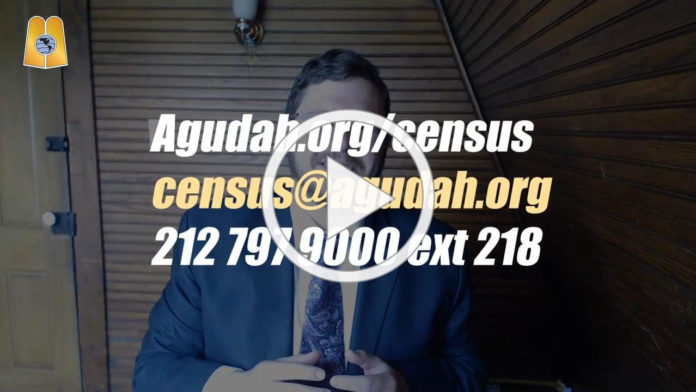 Millions of dollars in less than ten minutes? That’s no exaggeration.

The 2020 Census is here. And while many people see the form as yet another government annoyance, in truth, filling it out has direct consequences for their personal and community life.

Why the Census Matters

It’s all about the money. The government uses Census data to analyze population growth and make funding decisions.

Census results will show which communities need new clinics, hospitals, or fire departments. And businesses use Census data, too. They look at population statistics to help decide where to add jobs or open stores and offices.

Plus, Census results determine congressional as well as local Senate, Assembly and City Council districts, so with increased counts, we get additional representation in government.

“As a result,” explains, NYC Councilman Kalman Yeger, “Census data can translate into more police officers in our neighborhoods, more potholes being fixed, more jobs for families in need.”

But only if the Census has accurate information about your district.

The U.S. Census isn’t the only way that the population gets counted; local organizations do small-scale population counts, too. Looking at the discrepancies between those counts and the U.S. Census, experts estimate that New York was undercounted by a third in the 2010 Census. That’s huge, and it translates into hundreds of millions of dollars that weren’t allocated to benefit New Yorkers.

Even worse, Jewish participation was particularly low. As a result, predominantly Jewish neighborhoods were critically underrepresented.

In the words of NYC Councilman Chaim Deutsch, “Every ten years, Americans have an opportunity to be counted. The data that is collected is used to determine things like federal funding for communities and representation in government. It is critical that we participate in the census to ensure that we are receiving what we are due. It takes less than five minutes to complete the census – less than five minutes to do your part in fighting for our community!”

Working together with local elected officials, Agudah is educating the public about the Census. In fact, Agudah hired additional staff to call citizens and urge them to fill out the form as well as help them complete the census over the phone. They contact people and dispel common misconceptions, including:

Yes, your response matters! Reuters cites a George Washington University study which found that “every person not counted will ultimately cost his or her state $19,500 over the next decade.” If you represent a large family, those dollars add up quickly.

Filling out the Census form is crucial to the well-being of our communities for years to come.