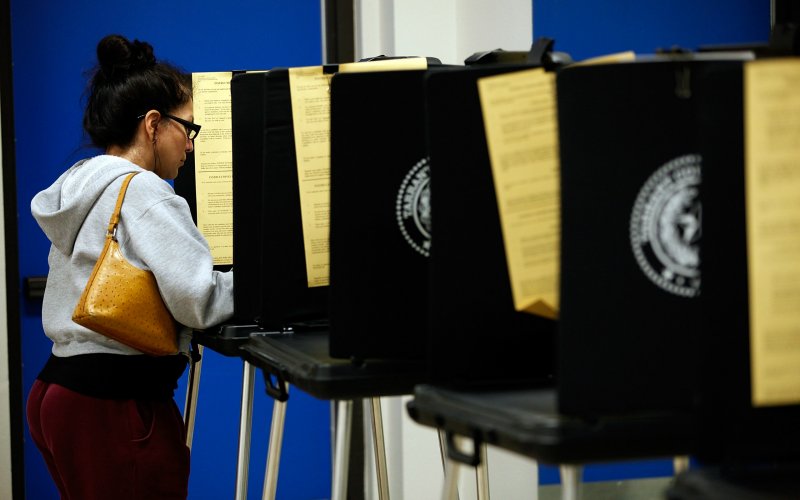 Desmond Meade stood at the railroad tracks waiting for the train. Drug addicted and homeless, he wasn’t taking a trip. He was trying to take his life.

But the train didn’t come.

He then crossed the tracks, literally and symbolically. Something about failing at suicide turned his life around. He went from being a criminal who had been in and out of prison for crimes related to his dope habit to a law school graduate determined to give back.

He’s been doing that as president of the Florida Rights Restoration Coalition in Orlando. But his effort to give back can go only so far. As a former felon, even one with a law degree, Meade is not allowed to vote, not even for his spouse, a former State House candidate.

“That was a huge slap in the face for me, because I couldn’t even vote for my own wife,” Meade said. “I’m reminded that I’m not a full citizen, because I’m being left out of a process that speaks to citizenship more than anything else.”

He’s not alone. “An estimated 6.1 million Americans are forbidden to vote because of ‘felony disenfranchisement,’ ” according to a Sentencing Project report released Thursday. With 1.5 million in that group, Florida makes up about a quarter of the total. A disproportionate share also are black. One in 13 African Americans are excluded from the voting booth. For black men, the percentage is much higher.

Most of the disenfranchised, about 4.7 million, are not incarcerated, including more than 1 million African Americans. Fourteen states restore voting rights when prisoners are released. Maine and Vermont are the only two that allow incarcerated citizens to cast ballots.

“It is in no one’s interest to treat these men and women as second-class citizens. Our collective interest is best served by restoring to them the rights and responsibilities of citizenship. We need them working, caring for their families, paying taxes and participating in civic life,” said Christopher Uggen, a University of Minnesota sociology professor and lead author of the report. Researchers at the University of Georgia also contributed.

But states are blocking more would-be voters and more African Americans than ever. A graph of the number blocked over the last four decades looks like that of a strong bull market. In 1976, the number was less than 1.2 million. It rose sharply to 3.3 million in 1996, then increased to 6.1 million this year.

Nine states disenfranchised at least 5 percent of their African American adults in 1980. Now, 23 do, according to the report.

“African American disenfranchisement rates in Kentucky, Tennessee and Virginia now exceed 20 percent of the adult voting age population,” the report said. “It is clear that disparities in the criminal justice system are linked to disparities in political representation.”

Restrictions on former felons go well beyond voting. Meade, for example, cannot practice law because of his convictions.

Last year, Sen. Rand Paul, R-Ky., introduced the Civil Rights Voting Restoration Act, which would allow those convicted of nonviolent offenses to vote in federal elections unless they were incarcerated at the time of the vote.

The report did not make any recommendations. But Mauer said disenfranchising people conflicts with democracy, even for those incarcerated. Yet he’s realistic and knows that getting the vote for those behind bars isn’t going to happen anytime soon – certainly not on a large scale, not in the United States. Many countries, however, allow prisoners to vote and others provide the franchise to those who have been released.

At least permitting the formerly incarcerated to vote, Mauer said, “would reduce that stain on democracy.”