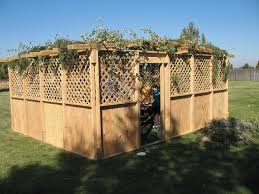 A nightmare for one Orthodox Jewish homeowner turned into a groundbreaking achievement on behalf of observant Jews nationwide.

The homeowner in a New Jersey adult community was one of its lone Orthodox residents. He looked ahead with trepidation to his first Sukkos in the community. The community’s by-laws banned any structures from being built outside the homes, and that would include a sukkah. His application to the condominium board’s Architectual Review Committee to permit a sukkah was denied.

Faced with the prospect of being unable to be home for Sukkos, the homeowner reached out to the Agudath Israel of America Legal Support Services division, which offers pro-bono legal support to community members threatened by the infringement of their religious rights. This division, along with Agudath Israel’s New Jersey office, led by Rabbi Avi Schnall, immediately got to work.

Larry Loigman, Esq., a prominent attorney and member of Agudath Israel’s Legal Support Services, agreed to work on the case. Mr. Loigman wrote a letter to the adult community’s condominium board explaining the situation and the need to accommodate this resident’s religious needs. The board attorney replied by arranging a meeting between the attorneys, the resident and board members.

The board and its attorney showed immense interest in Mr. Loigman’s presentation on the biblical origins and logistics of sukkah building. “They understood that a sukkah is a biblical requirement and an Orthodox resident has no alternative to remain home without one,” Mr. Loigman explains. “We also stressed how a resident’s sukkah in no way interferes with the lives of neighbors.”

The meeting proved to be an ideal forum for both sides to gain understanding of each other’s positions and alleviate their respective concerns. The board understood its legal and moral obligation to accommodate Orthodox residents, while the Orthodox resident understood the board’s concerns.

As a result, the community’s by-laws were amended to allow sukkahs, but with several guidelines. The sukkahs must be within a certain size range. They must be built in the backyard, so as not to be in view or in the way of neighbors walking the streets. They must also be of a color scheme that does not clash with its surroundings. “We found these guidelines to be reasonable, and we were happy to comply,” says Mr. Loigman.

More than just for this homeowner, in this community, this case represents a solid precedent for other Orthodox residents in communities nationwide with similar by-laws. Mr. Loigman cites rulings issued by courts across the nation that clearly establish that no condominium board or similar entity can restrict residents’ religious practices, especially when they do not interfere with the lives of other residents. If the religious practices are accommodated, reasonable guidelines can be established in order to accommodate the quality-of-life of neighbors, as was agreed upon in this sukkah case.

Rabbi Schnall, who worked tirelessly for months to help make this happen, emphasized how awed the members of the advocacy group were by the responsiveness and commitment shown by the Lakewood delegation as they worked to shepherd their legislation through the many steps needed to gain its passage. “Senator Singer, Assemblyman Rible, and Assemblyman Kean are truly the heroes here, for recognizing the tremendous threat to the well-being of our community’s children and undertaking not to give up until they had achieved a successful solution.”