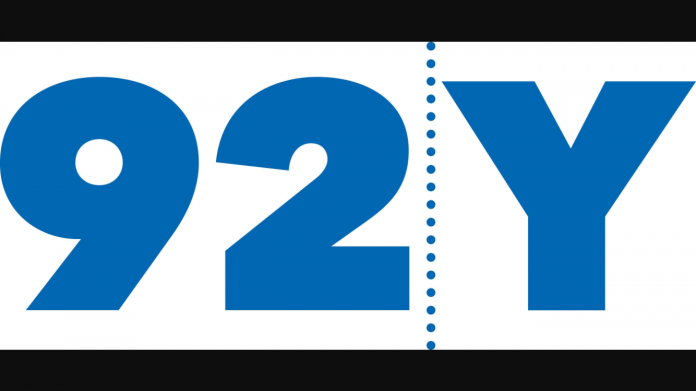 By Rabbi Yair Hoffman for the Five Towns Jewish Times
Who would have thought that the actions of a Jewish organization could launch a grave threat to the Jewish people?  Who would have imagined that it would be a YMHA – the 92nd Street Y?
Shabbos. Tefillin. Israel. Kashrus.
These are four important elements of how we identify as Jews.  They unite us, no matter where we stand.
Early on, the once-nascent Christian movement had celebrated the same Shabbat as other Jews.  However, once they began to celebrate Sunday as Shabbat – that was it.
Tefillin was traditionally worn on the forehead above the eyes not between them.  That was the oral tradition that we Jews have had since Sinai.  Anan Ben David, the founder of Karaite Judaism, made a change.  He instructed his followers to place the Tefillin between the eyes.  This too was a fundamental change.
For thousands of years, the Jewish homeland was Eretz Yisrael.  Jerusalem was it’s eternal capital. When some tried making Uganda the new home for the Jews, there was almost a rebellion.
And now it is Kashrut that is under attack.
For the longest time, the 92nd Street Y’s dinner had used a Kosher caterer for its annual dinner.  Not everyone who attends the Y keeps kosher, of course, but there is something about “Kosher” that all Jews respect – whether they are Reform, Conservative or Orthodox.
Unfortunately, someone is trying to use the 92nd Street Y to catapult a new agenda – an agenda that he wishes to start at the 92nd Street Y dinner – and then export to the entire United States, and then the world.
The new agenda is his own brainchild, it is called “Biblical Kosher.”
In his mind, since the laws of kosher slaughter are merely referenced in the written bible – Biblical Kosher does not need Kosher Shechita.  Regular non-kosher steaks can be served and can be repackaged and labelled “Biblical Kosher.”
Cheeseburgers?  No problem.  It is only a cow’s own milk that cannot be served with its own calf – all other milk and meat are okay.  Just stay away from pork.
WHO IS PUSHING IT?
The person who is pushing this new idea is Rabbi Peter Rubinstein, the new hire of the 92nd Street Y.  It is an idea that actually undermines the new trend toward tradition in Reform Judaism.  It also alienates Conservative, Conservadox and Orthodox Jews as well.  Such a movement could lead to further and further assimilation and put a stop to Jewish self-identification pretty easily among those that are not so committed.
According to Rabbi Sholtiel Lebovic the founder of GoKosher.org, “For the 92nd St Y to host and stealthily surprise and to feed non kosher to 700 people is downright evil and rebellious.”  Rabbi Lebovic continues, “Just stating on the website kosher style is not clear enough, many do not check the website and people assume it’s the same way it was for many years past. Maybe they should come out honestly and state dietary laws not observed.”  Indeed, rabbi Lebovic has launched a grassroots petition to get the 92nd Street Y to change the dinner.
Eric Goldstein, the CEO of the United Jewish Appeal, signed the petition started by Rabbi Lebovic.  He added the following comment:  “You are violating our affiliation agreement by having a Non-kosher event. Please correct this while there is still time.”
TIME TO STAND UP
It is time for all Jews across the religious spectrum to stand up and say that this is a profoundly bad idea.  It is bad for Judaism, for Jewish continuity, and for Jewish unity.
There are other dangers as well.  Every so often a European country decides to take a shot at the Jewish people by forbidding Shechita.  It is thanks to Jewish leaders regardless of religious affiliation who have stood up to fight the anti-Semitic bans on Shechita.  Now, no longer.  These anti-Semitic leaders can now say.  We only want Biblical Kosher – not this medieval Shechita!  They can point to the 92nd Street Y and say, “We are just following Rabbi Rubinstein’s lead.”
DINNER PLANS SHOULD BE CHANGED
The 92nd Street Y dinner plans should be changed and should be changed immediately to hire Kosher caterer.  If the dinner committee is concerned about losing their deposit, we can start a GoFundMe.  It can be called, “Get the 92nd Street Y its Nonkosher Deposit Money” or something along these lines.
In short, this was a mistake of Biblical proportions (no pun intended).  The leadership of the 92nd Street Y should walk it back – and so should Rabbi Rubinstein.
The author of this op-ed can be reached at yairhoffman2@gmail.com
{Matzav} 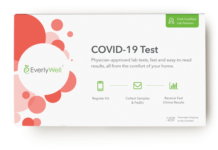 Listen: The Daily “Bitachon 4 Life” Burst of Inspiration on Matzav.com: How Do I Earn Miracles? 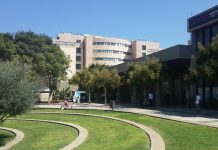 Israeli Startup Tries to Clear the Air in Hospital Wards