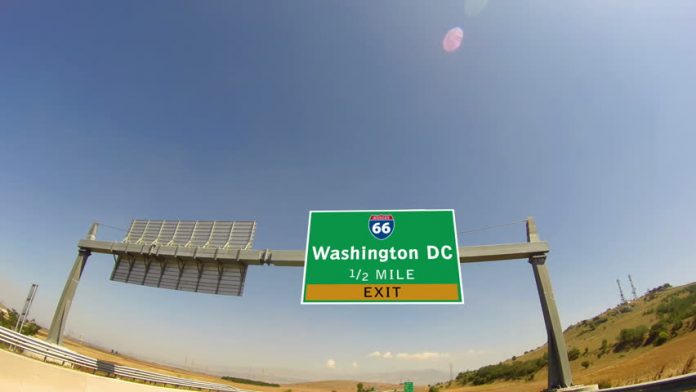 D.C. Mayor Muriel E. Bowser, D, will travel to New York on Tuesday to talk privately with President-elect Donald Trump, a meeting the mayor said she requested to discuss how the two could “work together to continue Washington D.C.’s growth.”

But growing the nation’s capital is opposite of what Trump promised to voters when he was campaigning for the White House.

With pledges to “drain the swamp,” Trump suggested a hiring freeze for federal workers, and he wants to make it easier to fire bureaucrats, many of whom live in the District.

The meeting between Bowser and Trump is likely to draw attention to the deep political divide between the heavily Democratic residents of the nation’s capital and the city’s new Republican overseers in the White House and Congress.

During one presidential debate, Trump labeled the District an “inner city” where crime is rampant and walking down the street can be “unsafe.”

In a city where Democrats outnumber Republicans by 2 to 1, just 4 percent of voters backed Trump, while 90 percent voted for former secretary of state Hillary Clinton. It was the worst showing for a Republican presidential candidate in the city in decades.

The mayor, a Democrat who campaigned for Clinton, repeatedly blasted Trump’s tough talk on immigrants last year, at one point calling disparaging remarks he made “idiotic.” She tweeted and retweeted negative comments about Trump, including that he was “gross.” And, like other Democratic elected officials, Bowser declined an invitation to attend the grand opening of Trump’s new luxury hotel on Pennsylvania Avenue weeks before the election.

At a news conference the day after Trump’s win, Bowser characterized many D.C. residents as “anxious, angry and worried” about what a Trump administration would mean for the city.

But in the weeks since, Bowser has been careful not to criticize Trump directly, saying it is Washington residents’ long-standing role to be “gracious hosts” to an incoming administration.

Bowser and her aides have stressed that she sees room for collaboration with Trump, especially if he can push an infrastructure spending package through the Republican-controlled Congress.

Maintenance and upkeep of federal bridges leading into the District is a major concern of regional transportation officials. D.C. would also like the federal government to pay more for upkeep of the subway system, which is used by many federal workers.

Bowser has been notably more subdued than mayors in New York, San Francisco and elsewhere in responding to Trump’s pledge to strip all federal funding from “sanctuary cities,” where political leaders have decided that local law enforcement will not collaborate with federal officials to deport illegal immigrants.

Such a punishment would be severely felt in Washington, which relies on direct federal funding for 25 percent of its budget.

The District’s decision to become a sanctuary city is one of several areas in which laws advanced by the local Democratic majority are in conflict with federal law.

The District has also legalized marijuana for recreational use, allowing residents to grow the plant and smoke it in their own homes.

Trump has supported states’ right to choose how to legislate medical marijuana but has not backed legal recreational use. Vice President-elect Mike Pence is opposed to legalization and has called marijuana a gateway drug to harder narcotics.

The meeting is a first for Bowser and Trump since the 2014 groundbreaking for Trump’s luxury hotel.

Bowser said last month that her first request of Trump would be support for the District’s bid to become the 51st state. Citing “unfinished business” from the civil rights era, she pushed a statehood referendum last month that was endorsed by more than 4 in 5 voters.

The mayor has conceded that it is unlikely that statehood will advance under Trump but said she must still try. “That’s number one on our agenda for the next president; there’s no way we’re going to forget we just had this vote,” she said.

Tuesday’s meeting between Bowser and Trump will come two days after a gunman entered a pizza restaurant in Northwest Washington. The gunman, who was arrested, allegedly told District police officers that he was investigating what was known to be a fake story circulating on the Internet that Clinton was operating a child sex ring at the Comet Ping Pong pizza restaurant.

No one was injured, although several shots were fired. Several businesses in the block near the pizzeria have also been bombarded with threatening phone calls.

Bowser has been an outspoken advocate for maintaining tough gun-control laws in the District. Key elements of those laws are now facing a court challenge.

On neighborhood listservs in Northwest on Monday, dozens of residents encouraged one another to urge Bowser to bring up the toxic issue of fake news and to ask Trump to denounce it.

“I strongly encourage you to raise with the President-elect on our behalf, the significant concern our community has regarding the fake news/attack on Comet and request his engagement in putting an end to the toxic falsities being propagated on social media,” one resident wrote to Bowser. “Our safety and the safety of our children depend on this.”