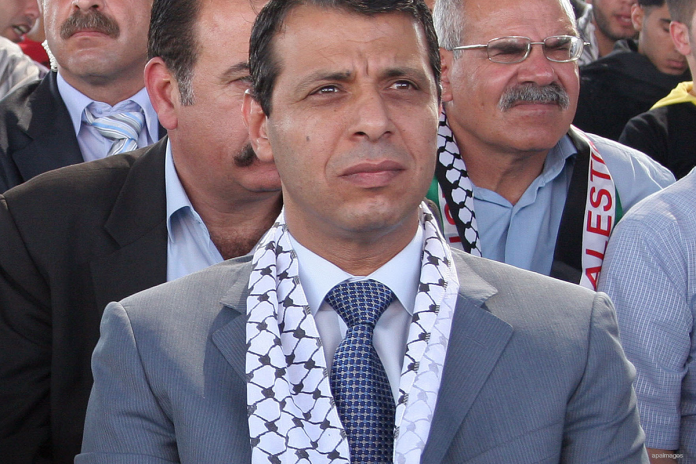 Against the backdrop of this month’s long-overdue leadership elections for Palestinian Authority (PA) President Mahmoud Abbas’s Fatah political party, the Palestinians living in the West Bank face an uncertain future following more than a decade of stagnate rule.

Within the West Bank, the situation has grown increasingly unstable in recent months as fighting has broken out between Palestinian security forces and other factions within Fatah, which have plunged refugee camps such as Balata into lawlessness. As such, questions have arisen over the future of the PA and its aging leader, the 81-year-old Abbas, who has been governing with an expired term since January 2009.

Established by the Oslo Accords peace treaty in 1993 as an interim Palestinian government, the PA—which has been dominated by Fatah and its parent organization, the Palestine Liberation Organization (PLO), throughout its existence—has in recent years languished in political and economic limbo under Abbas.

“The older generation has lost its ability to lead without leaving a younger generation behind that follows any clear organized path,” Nathan Brown, a professor of political science and international affairs at George Washington University (GW) and expert on Arab affairs, told JNS.org. “The real problem is that there are no institutions or structures that can lead Palestinians now; there has been a steady decay in all bodies.”

That institutional “decay” comes amid struggles for the Palestinian economy—with unemployment at around 30 percent in the West Bank—and questions over the future of Abbas, who recently suffered a health scare.

The next Palestinian leader?

One widely promoted successor to Abbas is Mohammad Dahlan, a longtime rival of the PA president.

Dahlan, 55, was a rising star in the PLO in the 1990s, when he was promoted to head of security in Gaza by Yasser Arafat. In 2006, he won a seat in the PA’s legislative body. But in 2007, when the Hamas terrorist group ousted Fatah and the PA from Gaza, many inside the PA blamed Dahlan for Hamas’s emergence. His fall from grace continued in 2011 when he was charged with corruption and embezzlement by Abbas, and he was stripped of his legislative seat. Dahlan fled the West Bank that year, and he currently resides in both the United Arab Emirates (UAE) and Egypt.

“Dahlan’s name gets mentioned the most because he’s the most visible member of the opposition. This doesn’t mean that there aren’t other figures opposing Abbas, but that Dahlan is the only one who can do so publicly from his place in exile,” Grant Rumley, an expert on Palestinian politics and a research fellow at the Foundation for Defense of Democracies think tank, told JNS.org.

Middle East Eye reported earlier this year that the UAE, Egypt, and Jordan are pushing for a plan to have Dahlan take over as Palestinian leader. Dahlan enjoys strong financial backing from within the UAE, using that money to support Fatah activists within Palestinian refugee camps in the West Bank, Gaza, Lebanon and Jordan.

Despite the support Dahlan is building, Rumley thinks it is unlikely that he will make a push to be the next PA president.

“I think [Dahlan’s] tactics have shifted recently from wanting to be the next president to wanting simply to be able to return to the West Bank after Abbas is gone,” Rumley said.

“It’s in his best interests if someone from the opposition, rather than an Abbas loyalist, replaces Abbas,” he added. “To that extent, he will continue to pump money into the West Bank and Gaza in the hopes of buying influence.”

Fatah is slated to have its long overdue General Conference Nov. 29, after numerous delays.

The leadership of Fatah says that the purpose of the congress is to set forth a new leadership for the party. It is expected that some 1,300 delegates will elect the members of Fatah’s two top leadership bodies—the Central Committee and Revolutionary Council.

But some see the congress as an opportunity for Abbas to consolidate his own power and purge potential rivals like Dahlan.

“It’s a chance for Mahmoud Abbas to solidify his grip on power by rewarding loyalists and purging Dahlanists from key positions in the Central Committee and Revolutionary Council,” Rumley said.

In addition to the ongoing dysfunction within Fatah, the Palestinians also called off municipal elections earlier this fall. There have not been elections within the Palestinian territories since 2006, when Hamas overwhelmingly won national elections.

Rumley said that the cancellation of the municipal elections is just another example of the ongoing split between Hamas and Fatah.

“The municipal elections were another example of how Abbas’s Fatah party and Hamas in Gaza just simply cannot coexist,” Rumley said.

“Despite their rhetorical overtures, the two sides have competing ideologies and view their rivalry as zero-sum. Were Fatah to win city council seats in Gaza, or vice versa for Hamas in the West Bank, a real quandary would have been posed to the leading parties,” he added. “It was a situation neither could tolerate.”

Which Palestinian leader would Israel prefer?

As for the Palestinian leadership scenario Israel would prefer to see, Rumley contends that it depends on the nature of the succession process.

“Were Abbas to pass away suddenly and a power struggle emerge, Israel would likely opt for the candidate that could provide stability,” Rumley said. “If Abbas were to groom a successor, on the other hand, Israel would likely support any candidate committed to non-violence and the potential for future negotiations.”

Israelis are also divided on the issue of Palestinian leadership succession within the context of their broader views on Palestinian politics.

“Israel now is not of one mind. Of those who wish to deal with the PA, they’d probably like to see a strong security-minded figure—maybe somebody like Jibril Rajoub,” said GW’s Brown, referring to the former head of the Palestinian Preventive Security Force. “But there are others who would not mind to see the PA fade even further away.”

Rumley said Israel is hoping for a future Palestinian leader who can maintain stability in the West Bank.

“Israel,” he said, “will look to the candidate who represents a continuation of the status quo.”