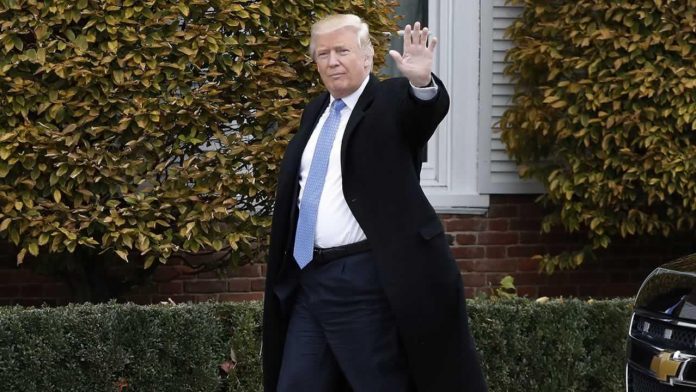 President-elect Donald Trump abruptly abandoned some of his most tendentious campaign promises Tuesday, saying he does not plan to prosecute Hillary Clinton for her use of a private email system or the dealings of her family foundation, has an “open mind” about a climate-change accord from which he vowed to withdraw the United States and is no longer certain that torturing terrorism suspects is a good idea.

Trump shifted position on climate change, saying he believes there is “some connectivity” between human activity and rising global temperatures.

In 2012, he had brushed off that idea as a Chinese hoax, tweeting: “The concept of global warming was created by and for the Chinese in order to make U.S. manufacturing non-competitive.”

Asked whether he plans to withdraw the United States from the 2015 Paris climate accord, he said he is keeping “an open mind to it.” The deal negotiated by nearly 200 countries last year commits them to a global push to reduce greenhouse gases.

Trump, however, has repeatedly said the agreement is bad for U.S. businesses. In a speech in May, he declared that during his first 100 days in office, “we’re going to cancel the Paris climate agreement and stop all payments of U.S. tax dollars to U.N. global warming programs.”