The founding of the Agudas Yisroel movement by a cross-section of gedolei Yisroel in Sivan 5672/May 1912 will be marked with an extensive program of commemorations, historical reflections, and other programs to strengthen the ideals that spurred its founding a century ago.

The unprecedented step of uniting disparate streams within Orthodoxy for the purpose of preserving and intensifying Torah life in Europe and elsewhere took place in the city of Katowice, located in Southern Poland, not too far from the border with Germany. A special Agudah-100 Committee of Agudas Yisroel of America, which is serving as the steering committee for the centennial celebration, is co-chaired by Shlomo Werdiger and Dr. Dovid Diamond.

The Katowice conference, which was the culmination of several years of planning, had the enthusiastic endorsement of the leading Torah giants of that day, including the Chofetz Chaim, Rav Chaim Brisker, Rav Shlomo Breuer, Rav Chaim Ozer Grodzensky, the Imrei Emes of Ger, the Sokolover Rebbe, the  Chortkover Rebbe, Rav Isser Zalman Melzer, and Rav Yosef Chaim Sonnenfeld. It was largely in response to the growing encroachment of alien ideologies that threatened the very fabric of Torah life in many communities.

Agudas Yisroel, as its name implies, was also an historic effort to bring together the gedolei Yisroel from Eastern and Western Europe as a means of fostering unity amongst Torah Jews for the purpose of elevating Torah principles.

The Agudah-100 celebrations program will include a festive dinner in the fall. A number of other programs and events are set to be announced in the coming weeks to mark the anniversary.

Moreinu Reb Yaakov Rosenheim, the founder of the World Agudah movement and the driving force behind Katowice, eloquently presented the case for the need for such a movement:

“After the advent of Reform and secular nationalism, the Jewish nation was literally in danger of losing its most prized coveted possession – its neshamah, its soul – the very neshamah that carried the body of Klal Yisroel throughout the millennia. What the Jewish people need is a new infusion of ‘neshamah,’ the Torah that can continue to carry and uphold the Jewish nation.”

Gedolei Yisroel, headed by the Chofetz Chaim and the Gerer Rebbe, not only enthusiastically supported the founding of the Agudas Yisroel movement, but when conditions after World War I finally improved to the point where a Knessia Gedola could be held in 1923, they made the trip to Vienna to demonstrate their active support. In 1917, the Chofetz Chaim issued a proclamation urging Orthodox Jews in Russia to join Agudas Yisroel, and in 1923, at the age of 85, he made the arduous journey from Radin to Vienna to demonstrate his support. It was, as many gedolei Yisroel said later, his way of “putting down the halacha of the importance of being part of such a movement.” There is no record of the Chofetz Chaim attending any large asifah other than the Knessia Gedola of Agudas Yisroel.

The Chofetz Chaim is said to have addressed the assemblage several times. In defining Agudas Yisroel, he said, “Hakodosh Boruch Hu first appeared to our avos, Avrohom, Yitzchok and Yaakov, and they honored Him. They revealed His glory to the whole world. Then He revealed Himself to the nevi’im and they announced His glory and greatness to humanity. Then came the Tannaim, the Amoraim and, later, the Gaonim, Rishonim, and tzaddikim of succeeding generations. Each, in turn, fulfilled the obligation of safeguarding and proclaiming His greatness and glory. We, in our generation, are like simple constables compared to the great men of generations ago. Our duty to safeguard the kevod Shomayim, however, is no less an obligation than that of earlier and greater generations.”

“It is clear that some of the same threats that existed in 1912 plague us today,” said Rabbi Chaim Dovid Zwiebel, executive vice president of Agudas Yisroel of America, which was founded ten years later in 1922. “In fact, today we live in a country with a soaring intermarriage rate of more than 50% and many allures of society that threaten the very fabric of our own camp, which are in many ways even more perilous than the dangers in Eastern Europe at the turn of the 19th century.” 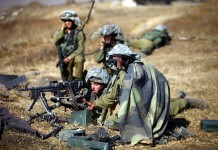 Listen: The Daily “Bitachon 4 Life” Burst of Inspiration on Matzav.com: What Is The Foundation Of Bitachon?