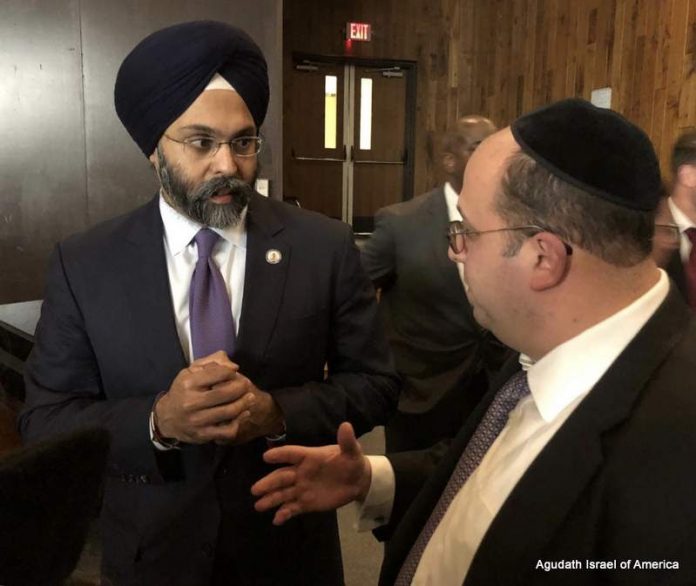 Can a homeowners’ association adopt protocols that would force Orthodox Jewish residents to choose between adhering to their religious beliefs or being able to come and go freely on Shabbos?

Yet another Garden State locale has found itself forced to retract regulations that infringe on the religious rights of its Jewish residents, with a 55 and over community in Lakewood agreeing to a settlement after being slapped with a pair of lawsuits in 2017. The Enclave at the Fairway was sued by a Jewish homeowner after it made changes to a vehicle gate that left Orthodox residents with no way to get in and out of the community on Shabbos without using an electronic key card or fob to operate a locked pedestrian gate. As Orthodox Jews are not permitted to activate an electronic lock on Shabbos due to religious restrictions, this left those residents with a difficult dilemma.

Under the terms of a settlement announced Tuesday by New Jersey Attorney General Gurbir S. Grewal and the Division on Civil Rights, the Enclave agreed to keep the gate unlocked on Shabbos and to change its previous policy that required residents to notify management on Shabbos itself if they would be having guests.

“This settlement should serve as a reminder to housing associations, condo associations and co-ops across New Jersey that being sensitive to the religious beliefs and observances of their residents is not only the right thing to do, it is the law,” said Attorney General Grewal.

Agudath Israel of America’s New Jersey director Rabbi Avi Schnall praised Attorney General Grewal and Division on Civil Rights Director Rachel Wainer Apter for taking a strong stance against religious discrimination. Rabbi Schnall noted that attempts to stifle the growth of the Jewish communities in Mahwah, Toms River and Clifton have all been defeated in a court of law.

“Attorney General Grewal has already proven himself to be a true champion of religious rights,” said Rabbi Schnall. “Time and time again, we have seen that attempts to hamper the free exercise of religion have failed. We are grateful to the attorney general for making it clear that discriminatory rules and zoning will not be allowed to stand.”