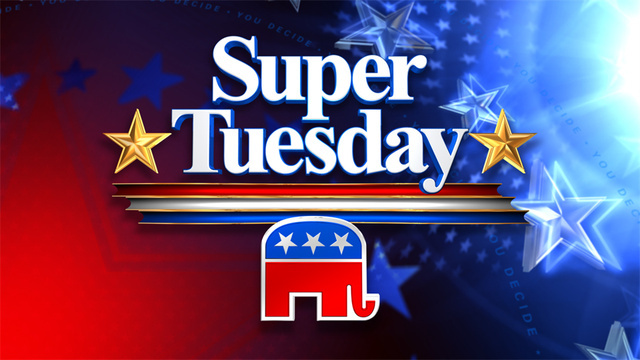 The biggest day – and night – of the 2016 presidential primary season is in the books. Voters in 11 states, from Texas to Vermont, cast ballots with hundreds of delegates at stake on both sides.

Winners
– Hillary Clinton: It’s (close to) all over. The former secretary of state won convincingly in all of the big states on Super Tuesday – relegating Bernie Sanders to a handful of wins in states that award relatively few Democratic delegates (Vermont, Oklahoma). Clinton’s margins matter too; she won by wide spreads in the biggest delegate-awarding states like Georgia, Tennessee and Texas. Like in South Carolina, Clinton dominated – and that may not even be a strong enough word — among black voters. In Georgia and Virginia, for example, Clinton won more than 80 percent of the black vote. And, it’s not just tonight that looks good for Clinton. It’s hard to see where Sanders wins a bundle of states in a row somewhere later this month or next month (or the month after that.) Clinton now has a death-grip on the Democratic nomination. The only question is how and when she and her team negotiate a peace with Sanders. And, she knows it. Her victory speech Tuesday night in Florida was aimed directly at Trump — talking about why America is and always has been great and why we needed to break down, not build up walls. Expect lots more of that.

– Donald Trump: What Super Tuesday proved is that, barring some sort of cataclysmic event, the real estate billionaire will end the primary process with the most delegates of any candidate in the field. The only question that remains is whether he can get over the 1,237 delegates he needs to cinch the GOP nomination. The breadth of Trump’s wins — he won in Massachusetts and in Georgia, in Virginia and in Alabama — make it hard to cast him as a candidate limited by either geography or ideology. No Republican nominee has won the panoply of states that Trump now has. Yes, Trump would have liked to win Texas to close out Cruz and probably Oklahoma (which Cruz also won) too. But wins in eight or nine out of 11 voting states, which is what looks like Trump’s haul will be after Super Tuesday, is pretty damn good. The two most likely paths for the race at this point are 1) A Trump delegate win or 2) A near-Trump win with the possibility of an open convention where the party establishment tries to take it from him. I like Trump’s odds.

– Ted Cruz: Combine the Texas senator’s wins in Texas and Oklahoma with Rubio’s inability to bring home a victory in Virginia and suddenly Cruz looks like the favorite to be the alternative to Trump. That’s, without question, the best-case scenario coming out of Super Tuesday for Cruz given that a loss in Texas would have effectively ended his campaign. Plus, the votes in between Tuesday and the March 15 primaries — Louisiana, Kansas etc. — look like potential Cruz wins. Major problems exist for Cruz — most notably that he isn’t dominating among evangelicals or in the South as he should and that the D.C. establishment loathes him so much it’s hard to see them uniting behind him to stop Trump. Still, all in all, a good night for Cruz — and one that keeps him in the race and viable for at least two more weeks. “Our campaign is the only campaign that has beaten and can beat Donald Trump,” Cruz said Tuesday night. Hard to argue with that.

– Liberals: For years, “liberal” was a bad word. No longer. A majority of Democrats in every single state that voted on Super Tuesday called themselves “liberals.” Sanders may have lost on Tuesday night but the re-claiming of the word “liberal” for Democrats is a testament to his influence on this race.

– Political junkies: The best (only?) hope of Republicans who want to stop Trump is to keep him under the 1,237 delegates he needs to clinch the GOP nomination. That means an open convention, a fantasy that most political junkies thought would never come to pass, might, well, come to pass.

Losers
– Marco Rubio: If you want to be the Republican nominee, you have to win things. Yes, that’s an obvious point. But, it looks as though Rubio could be shut out on Super Tuesday (his last hope is the Minnesota caucuses, where he led early) — meaning that he could be 0-for-15 or 1-for-15 in the states that have voted so far in the Republican presidential primary process. You can try to spin that if you are for Rubio but the numbers are the numbers. It’s very hard to make the case to the candidates not named “Marco Rubio” that they need to clear the field for him so that he can take on Trump given what happened on Tuesday night. And that’s not just because of Trump’s wins and Rubio’s losses. It’s because Cruz won two states as well. Sure it was his home state of Texas and the nearby Oklahoma, but wins are wins. For those pointing to Florida on March 15 as a state where a Rubio comeback can begin, I would note that the most recent polling in the state showed Trump ahead of the state’s junior senator by double digits. It’s hard to see how those numbers move in Rubio’s direction after a night like this one, although Rubio did promise that “two weeks from tonight, right here in Florida, we are going to send a message loud and clear. We are going to send a message that the party of Lincoln and Reagan and the presidency of the United States will never be held by a con artist.” Uh, okay.

– Bernie Sanders: Tuesday’s results showed that Sanders simply didn’t do enough to disrupt the race in the first four states. Clinton built momentum in Nevada, added to it on Saturday night in South Carolina and watched as it crested on Super Tuesday. It was telling that Sanders gave his victory speech at 7:30 p.m. Eastern before the vast majority of states voting on Super Tuesday had been called. It was also telling that nowhere in the speech did Sanders suggest where his campaign goes from here.

Sanders can and likely will remain in the race for the foreseeable future because he still has a rabid following and plenty of money. But, nothing that happened on Tuesday night alters the narrative of the Democratic race — that Clinton is on a steady march to the nomination.

– Republican establishment: What happened Tuesday night looks like a worst-case scenario for the GOP establishment. Why? Because Trump kept up the pace he needs to come close or go over the 1,237 delegates he needs to be the nominee. And Cruz emerged as the most likely Trump alternative. That’s a rock and a hard place choice for establishment Republicans who fear Trump and hate Cruz. And it may be the only choice they have left.

– Chris Christie: The New Jersey governor, who stunned the political world by endorsing Trump, is — not surprisingly — a terrible second fiddle. He looked awkward and uncomfortable standing rigid behind Trump after introducing the real estate mogul in Florida.