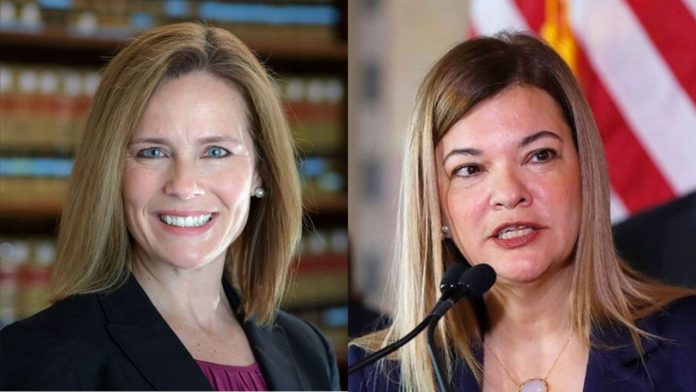 Two names have been emerging from the list of Supreme Court contenders President Trump is said to be considering following the death of Justice Ruth Bader Ginsburg, according to reports.

Judges Amy Coney Barrett in Chicago and Barbara Lagoa in Atlanta are said to top the list.

Trump told a North Carolina rally crowd Saturday night that he intended to nominate a woman to succeed Ginsburg, who died Friday at age 87 after a battle with pancreatic cancer.

“It will be a woman — a very talented, very brilliant woman,” Trump said of his potential choice. “I think it should be a woman. I actually like women much more than I like men.”