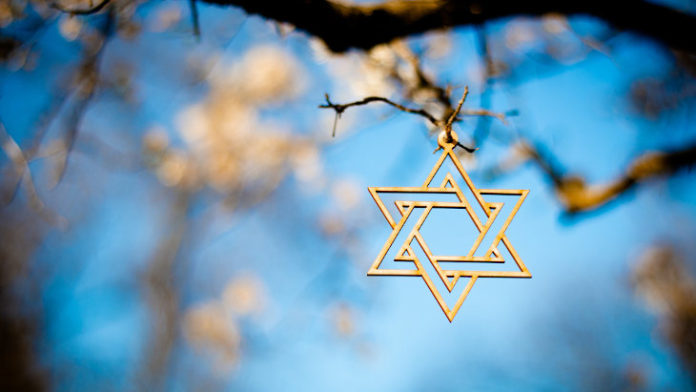 No one has ever called me the “n-word,” even though the color of my skin is a nice medium coffee au lait and I am a descendant of slaves.

I’ve lived through all the politically correct words that my race has been called in my lifetime: colored, Negro, Black, African American. And most recently back to Black.

I have always thought of myself as Black because, in the same way you can get stuck on the hairstyles and music that were popular during high school or college, the same thing can happen with words. And in college Black was the word – Black Panthers, Black Power, and Black and Proud.

It’s a word that, depending on who you are, can mean either extremely positive things or extremely negative things.

Today, my self-definition is much more complicated, though it still includes the word Black. At this point in my life I define myself as a Black Jewish woman.

Which of those words most reflects who I am depends on the day.

Some days I’m mostly a woman

It was my mother’s dream that I go to college, but the primary expectation of my family – and society – was that I would get married and have babies. I didn’t have any problem with the first, but, for various reasons, I determined early on that I would never do the second.

Just because I was sure it was the right thing didn’t mean it wasn’t a struggle to go against the expectations I was surrounded by. It was years before I came to realize that it was okay not to want to be married or to have children.

What I wanted was to help other women. So I took meals to the local women’s shelter and started a charity to make quilts for the homeless women who arrived there with nothing.

What I wanted was to travel. So I drove across the US, lived in six different states, and visited England, Scotland, and Israel.

What I wanted was to create. So my writing has appeared on Jewish websites and has been warmly received.

What I wanted was to learn. So I put myself through college, and it was one of the reasons I chose to become Jewish. And doing all these things allowed me to become the woman I wanted and needed, and am grateful to be.

Much of the time, it’s the word Jewish that is most definitive.

One of my best friends, and the mother of my god-daughter, wanted me to move to Spokane when she was relocating there for her job. I love her and that child (both her daughters actually), and I’ve lived across the US from the left coast to the right, so, what the heck, I considered it. Or more specifically, I googled it: Jewish Spokane.

And then I had to try to figure out how to explain to a non-Jewish, non-any-kind-of-religious woman that I wasn’t willing to live in a city where there was basically no Jewish life. No synagogues, no Jewish Community Centers, no classes, no lectures, no community.

For me, being Jewish means waking up with a blessing on my lips. And throughout the entire day, I am reminded to be mindful of, and grateful to God, expressed through prayers and blessings recited throughout the day.

For me, being Jewish means attending classes, women’s prayer group and book club discussions; art shows and lectures and concerts at various synagogues (today much of that is now available online because of the pandemic).

For me, being Jewish means going to Shabbat services and kiddushes, and being a guest at the homes of the families who are kind enough to invite me. It means feeling surrounded by God all the time, and there is nothing better than that.

But sometimes (and more and more lately) Black is most important.

I think back to a few years ago, when I went down to Selma, Alabama. I was driven to walk across that same Edmund Pettis Bridge that Martin Luther King Jr. and his folks, still in those days called Negros in polite circles, walked upon and were beaten.

I was a teenager living on the other side of the country when the first walk happened, and there was no way I could have been there. But in the back of my mind, somewhere deep in my heart, I always felt bad that I wasn’t.

It took me decades to finally get there, and Rev. King, and to some extent the movement he led, are long dead, but on that day, walking across that bridge (that was so much smaller than I had always seen it in my mind) I felt the ones who had walked there before all around me. And on that day Black was definitely the most important.

It has also recently risen in importance when there are so many Black people, my people, out protesting in the streets, because of a black man whose last words were “I can’t breathe” while a white man, a representative of law and order, leaned on his neck, completely unconcerned.

My experiences in synagogues have been, relatively speaking, non-confrontational about my race and my gender.

I’m not saying that I’ve never been in Jewish spaces where people have obviously wondered what I was doing there; questioned if I knew what was going on; or in Judaica shops, looked hard at me to figure out if came in because I needed Shabbat candles, or if I was there to steal.

I also cannot say that there are not parts of being an Orthodox woman that I struggle with accepting. I settle for attempting to understand them, and being impressed by the enormous amount of respect the women in my community are treated.

Most people assume I must be a convert, but since I am a convert, that doesn’t bother me much. There are Jews of Color who were born Jewish, and the “automatically assuming” bothers them very much. I can understand why.

Of course, people do ask me the question: Why in the world would you decide to convert to Judaism?

I’ve always taken it to mean that the folks asking know that being Jewish isn’t easy, and they just want to understand why you would take it on if you didn’t have to. Truthfully, sometimes I wonder that myself. But I know with complete certainty that this is my path to God. I spent my whole life looking for it, and now that I’ve found it, I also know I have to follow it.

Still I’ve read a lot, over the years, about Black people who walk into Jewish spaces and they’re treated very badly. They are asked if they’re the help. They’re subjected to other mean-spirited questioning. They’re met at the door with skepticism.

I have a friend who tried to go to a Passover Seder at synagogue near where I currently live and Jews there were so rude to her and her child that they just left.

Nobody’s ever been that rude to me in a synagogue.

My worst experience was at one synagogue at the end of one service. As I was leaving, I heard a man talking negatively about how he felt about Black people. I was taken aback. For a moment, I considered confronting him. But he was an older man, settled in his thinking, unmovable in his opinions. I couldn’t imagine that anything I said would have even penetrated, not to mention influenced him to change his mind.

I ended up taking a deep breath and walked past him out the door.

I later learned that the President of the Board of Directors and the Rabbi of that synagogue confronted this man and demanded he apologize to me. And he did. I’m quite certain he didn’t mean a word of it, but he did do it.

More important to me though was what the shul President and Rabbi did. I am so grateful that they stood up for me immediately, conclusively, and with enthusiasm.

Words that Made me Cry

I recently read in the Torah: “Behold, I set before you today a blessing and a curse” (Deut.11:26), and I teared up. I realized I feel like that about being a Black, Jewish woman: it’s a blessing and it’s a curse.

I am not asking anyone to feel sorry for me. I have a good life. God has truly blessed me, especially because I am certain I am on the right path on my journey through this world to grow closer to God.

But the fact that my life could have been so much worse doesn’t mean that there have not been down sides.

I walk into unfamiliar spaces, including white Jewish spaces, where I am, as I have been known to call myself, the Court Negro because, like the Court Jew of history, I’m the only person there who looks like me. And people treat me well, even respectfully. It seems they take me for who I think I am (a Jewish woman visiting) as opposed to who I look like I am (a random Black woman who wandered in).

And that is my blessing.

On the other hand, I never completely fit into those spaces. I am never just like everybody else. I am almost always “the only one.” Although I don’t usually face much overt hostility, I do sometimes get very tired of being the only one who looks like me in a room.

And that is my curse.

Oddly, I am grateful for both my blessing and my curse.

I can’t say I planned to end up who I am, or where I am, today. I am Black. I am Jewish. And I am a woman. And all of those things have upsides and downsides, alone and even more so, in combination.

My life is fairly simple: I work (remotely these days). I live contentedly alone in a small apartment. I attend synagogue. I am invited for meals with families in the community. I learn and I teach.

I am the Court Negro, but I am also myself and accepted as myself by those around me.

And although I sometimes have a touch of anger, as well as a touch of guilt, I am beyond grateful that God has blessed me with the great gifts of having a home, living in an inspiring and supportive community, and being mostly happy, most of the time.