Sanders offered this advice on Sunday: “Pound away” on issues on which most Americans agree with the Democratic Party’s positions.

Sanders, the runner-up for the Democratic presidential nomination, said during an appearance on CBS’ “Face the Nation” that the contest between Republican Donald Trump and Democrat Hillary Clinton was largely devoid of issues that matter to voters. Trump was elected president on Tuesday.

“I am tired of watching television where you have a campaign which is about Mr. Trump’s attitude toward women versus Hillary Clinton’s emails,” Sanders said. “You know what? Those are not the major issues facing America. The middle class of this country for 40 years has been in decline.”

Sanders said the way for Democrats to win back working-class voters lost to Trump is to focus relentlessly on issues on which polls show a majority of voters on the side of Democrats.

“On virtually every major issue – raising the minimum wage, climate change, pay equity for women, rebuilding our infrastructure, making public colleges and universities tuition-free – we are the majority,” he said. “That is what the American people want. And the Democrats will win elections by pounding away on those issues.”

“By the way, let’s not forget Hillary Clinton did win more voters than Mr. Trump,” Sanders added, referring to her share of the popular vote. “So pound away on the issues that bring people together, fight vigorously against all forms of bigotry.”

Sanders’s appearance coincided with the release of his book, “Our Revolution: A Future to Believe In.” The first half of the book recounts his upstart campaign, while the second half details his policy prescriptions for the country. 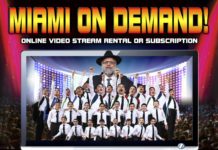 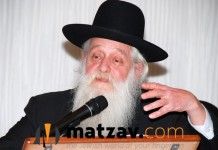