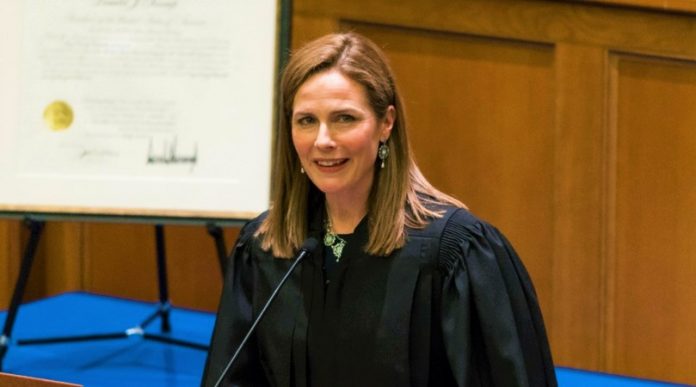 Democratic presidential candidate Joe Biden is facing pushback to his claim that Republican efforts to confirm Amy Coney Barrett to the Supreme Court are not “constitutional.”

Speaking to reporters on Saturday, Biden again declined to say whether he supports packing the court like some in his party and tried to turn the issue back on Republicans.

“The only court packing going on right now is going on with Republicans… It’s not constitutional what they’re doing,” Biden told reporters, arguing the vacancy caused by the death of Ruth Bader Ginsburg should not be filled until after November’s presidential election.

But critics hit back, saying that while Democrats can argue that there is a political argument against filling the seat now, the Constitutional doesn’t prohibit doing so. Republicans are moving forward Monday with Barrett’s hearings.