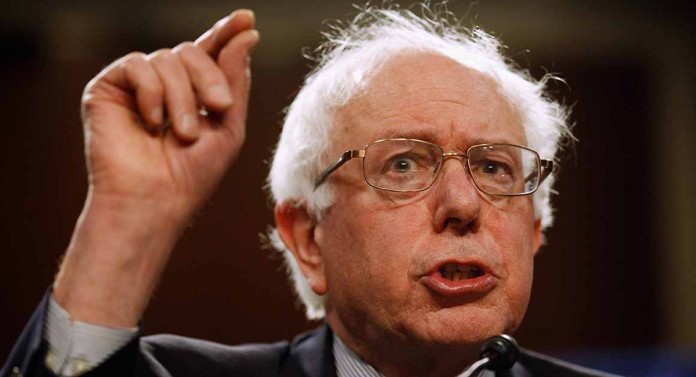 Vermont Sen. Bernie Sanders, who should probably worry about his own political career than constantly criticizing the sitting president, set Twitter on fire today with an infantile troll of President Donald Trump and his obsession with the size of the crowds that he draws.

Early today, Trump tweeted that if the people who voted for him held a rally, “It would be the biggest of them all!”

To which Sanders issued this scorching reply: [email protected] They did. It wasn’t.

Sanders, despite his ramblings and inarticulate style, became the voice of the so-called progressive movement during his unsuccessful bid for the Democratic presidential nomination. He regularly trolls Trump on Twitter, sharply criticizing the president’s policies and rhetoric.

Today’s response poked at Trump, who vehemently disputed estimates by the news media about the size of the crowd that attended his inauguration last month. Sanders’s tweet showed a side-by-side comparison of aerial photos of the Mall on Inauguration Day and the Women’s March. The protest march was held the day after Trump’s inauguration and was estimated to be three times larger.

But even before the Women’s March, which organizers said drew at least 500,000 in Washington and millions around the country and the globe, Trump aides railed against photos put out by the National Park Service that showed fewer people on the Mall this year than in 2008 for former president Barack Obama’s first inauguration. In his first press briefing for the new administration, press secretary Sean Spicer argued “this was the largest audience to ever witness an inauguration – period.” The claim was widely disproved by fact-checkers.

Trump had not replied to Sanders, moving on to tweet complaints about the news media, including announcing that he would not be attending the annual White House correspondents’ dinner.