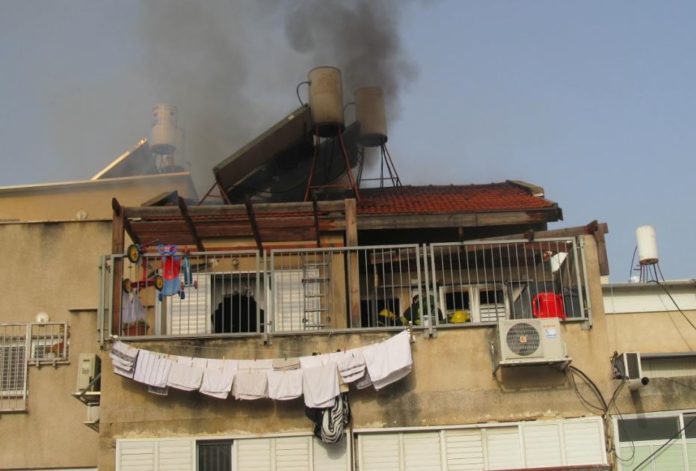 One Bnei Brak family lost everything last week after an electrical fire became an uncontrollable blaze. Eight children were rushed from the scene. All of their belongings, however, were destroyed.

Neighbors watched from the street as the fire resisted being controlled. One friend of the family commented that they are “lucky to be alive.”

Now that their gratitude to be alive has begun to wear off, however, the Barak parents and their children are left to deal with the aftermath of the disaster. The parents and eight of their ten children are currently living with family friends. With no appliances, clothing, or furniture of their own, they are unable to return home.

Chagai explains: “It is not a livable situation, but it is our only choice. My wife and I work full time as teachers and can’t afford to replace our belongings. We can’t return home until we have an oven to cook with. Chairs to sit on.”

The teacher and father of 10 has chosen to take a route that some have had success with in the past: Asking for the help of strangers. “I am deeply humbled to ask for tzedaka,” he writes. “As of now, it is the only way out.”

The eight Chagai children are reportedly dealing bravely with the situation at hand, despite their lack of clothing and intense desire to return home. Donations are being collected to bring them home via a crowdfunding campaign. Until they reach their goal, they will continue relying on the generosity of their hosts for shelter. It is a truly sobering reminder that no family is immune to tragedy.