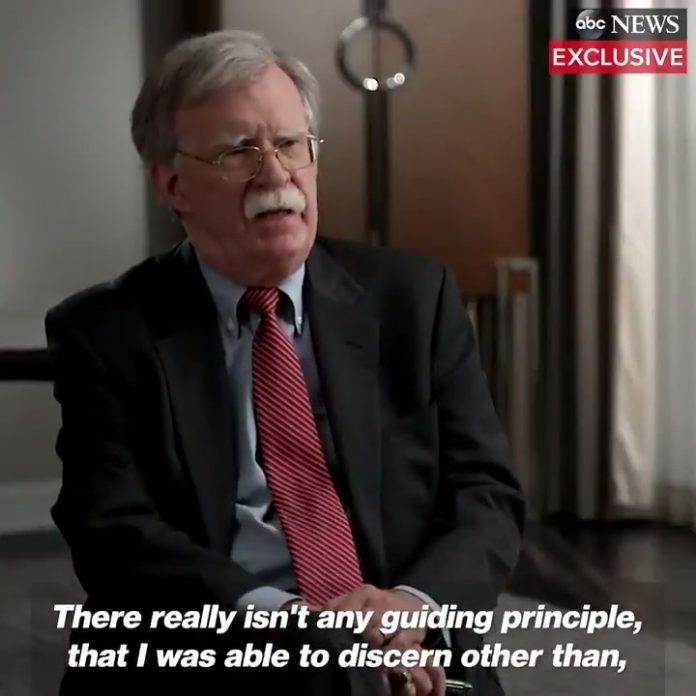 Former White House national security adviser John Bolton tore into President Trump in an interview with ABC News, saying he is unfit for office and solely focused on getting reelected.

“I don’t think he’s fit for office. I don’t think he has the competence to carry out the job. There really isn’t any guiding principle that I was able to discern other than, ‘What’s good for Donald Trump’s reelection?’ ” Bolton said in a promotional clip of the interview, which is set to air in full on Sunday.

The comments are the latest salvo in an increasingly bitter feud between Bolton and Trump as the former adviser makes media appearances promoting his memoir discussing his 17-month stint in the White House that is set to release next week.