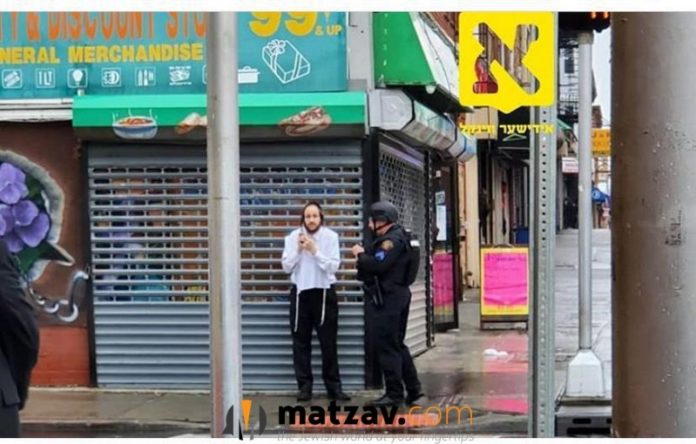 The deadly shootout in Jersey City yesterday is preliminarily being investigating as a case of domestic terrorism, according to law enforcement.

As reported earlier on Matzav, the killers have been identified as 47-year-old David Anderson and 50-year-old Francine Graham. They were believed to be followers of the Black Israelites, a group that expresses hatred toward Jewish people, as well as its anti-government and anti-police sentiments.

Unfortunately, Anderson and Graham got off easy by being killed by police during the attack.

ABC News reports that Anderson had a prior criminal record for weapons offenses in 2004, 2007 and 2011, according to the New Jersey Department of Corrections. Graham was described as a former home health aide who met Anderson after she got hurt at work and left her job. ABC reports that neighbors said Anderson turned Graham into a “dark person.” At least one suspect recently posted anti-Semitic statements online.

Authorities also discovered notes with religious writings in a U-haul outside the scene of the shootout. A pipe bomb was discovered in the back of the stolen vehicle, according to law enforcement.

The shooters murdered three people, including a frum woman, a frum man, and an employee of the JC kosher supermarket.