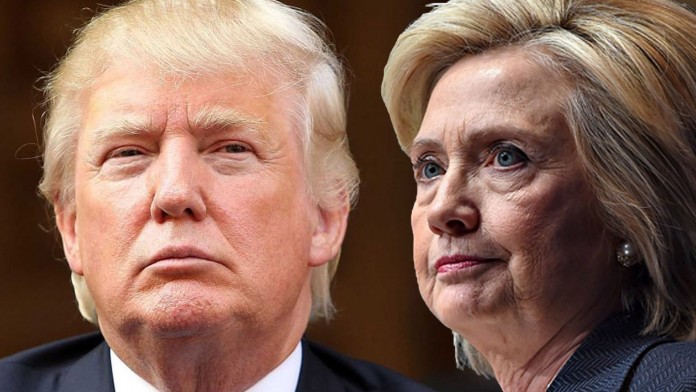 At some point, perhaps as early as next week, federal agents will sit down with Donald Trump and tell him classified information about the government and our foreign policy efforts.

For Democrats, this is a point of both anguish and political calculation. Senate Minority Leaders Harry Reid has suggested that Trump’s murky ties to foreign interests and general inability to not speak his mind should be reason enough for the people briefing him to simply make things up. On the Republican side, there are similar calls to ban Hillary Clinton from being briefed, including by Trump, pointing to her use of a personal email server while she served as secretary of state.

And here’s the thing: If he wanted to, President Barack Obama could deny either or both of them the now-traditional briefings. The process doesn’t work the way you might think.

For one thing, the briefings are not legally mandated. They are a courtesy provided by the sitting president, nothing more. In an email, historian Michael Beschloss explained that the process began with President Harry Truman. In 1952, as Truman was preparing to leave the White House, he ordered that the CIA brief Dwight Eisenhower and Adlai Stevenson “so that they would campaign with greater insight and also know key national security players once elected.” (A bigger problem, he notes, for Stevenson, a governor, than Eisenhower, who’d commanded the Allied invasion of Normandy.) No president has to do it; presidents a century ago didn’t.

For another, the briefings are not an ongoing series of updates about everything affecting our foreign policy. They aren’t as regular or as detailed as the Presidential Daily Brief, for example. It’s at most a couple of in-person meetings between the candidate, a staffer and representatives of the American intelligence community.

Lanhee Chen, who worked as the chief policy advisor to Mitt Romney’s 2012 presidential campaign, spoke with The Post by phone on Thursday. Chen was the one staffer that attended Mitt Romney’s two briefings four years ago.

“The nominee has access to one, maybe two or three [briefings] upon request, but that’s it,” Chen said. “Because it’s not like you have a ton of time to sit there and get briefed every day anyway.”

“The briefings have to take place in SCIFs” — sensitive compartmented information facilities — “or secure conferencing facilities that the government has, so it’s not like you can just get the briefing on the campaign bus,” he said. “We had two briefings: One was at the federal building in Los Angeles in September, and the second was a few weeks later at a secure facility in the Washington, D.C. metro area. That was it.”

The number and content of those briefings are negotiated between the campaign and the White House. A memorandum of understanding is drafted between the two parties to formalize the agreement, but Chen notes that the process was remarkably easy and cordial — particularly given that the administration that was briefing Romney was also in the process of trying to defeat him electorally.

The briefings themselves Chen described as a sort of presentation followed by a question-and-answer period. “It is, as I understand it, the same team of briefers from the intelligence community that prepare the briefing for the candidate” as those who do the president’s daily briefing, Chen said. “But the level of detail as well as the amount of information covered is not the same. It is meant to be a background briefing more than anything else.” The information that’s presented is tailored to what the candidate would like to know; as you might expect, there are no hand-outs.

It’s worth noting that, while these are the only formal briefings, there was information shared by the federal government with the Romney campaign outside of the scope of national security. As Hurricane Sandy approached that fall, Chen said, the campaign was given emergency response information from the Federal Emergency Management Administration and the Department of Homeland Security.

In order to participate in the briefings, Chen had to complete paperwork to grant him top-secret security clearance, which he held through the end of the campaign. Romney didn’t, Chen said.

“The assumption is that a certain amount of sensitive information can be shared with the nominee because the nominee has been publicly vetted,” Chen said. Both GOP vice-presidential nominee Reo. Paul Ryan and Romney had held or did hold security clearance (Romney’s stemming from his time managing the 2002 Winter Olympics), but if they hadn’t — like Trump — they would not have had to submit the same documentation.

“The information we received was obviously classified,” he said, “but I don’t believe that that information was of the same scope and specificity that the president or vice president or other national security leaders get once they’re actually in office.” He also indicated that the people conducting the briefing were more than capable of understanding what sorts of boundaries to information-sharing shouldn’t and wouldn’t be crossed. (He didn’t recall any instance in which Romney was told that information couldn’t be shared with him.)

For those worried about a candidate getting access to information and then using it in the campaign, it has happened — or so Richard Nixon believed. Beschloss related a story about the 1960 election, pitting John F. Kennedy against Nixon, who was then serving as vice president to Eisenhower, known colloquially as “Ike.”

Chen doesn’t figure that concerns about either of the current nominees potentially using information to their advantage (or letting something slip) will cause the Obama administration to avoid briefing a candidate or skip the briefings entirely. He notes that what is disclosed is up to the administration, and how it is disclosed is up to people briefing the candidates who are well aware of the risks of sharing information — and how to nuance what’s said.

But he also notes that the process of national security briefings is a small part of what makes presidential transitions smooth and conflict-free.”There is a lot of discretion, comity and professional courtesy involved in how it all works. But it did all work,” he said.

“It sort of gave me even more faith in the nature of our democratic system,” Chen said, “that there could be this kind of information-sharing and civil dialogue, even in the heat of a very, very difficult campaign.”