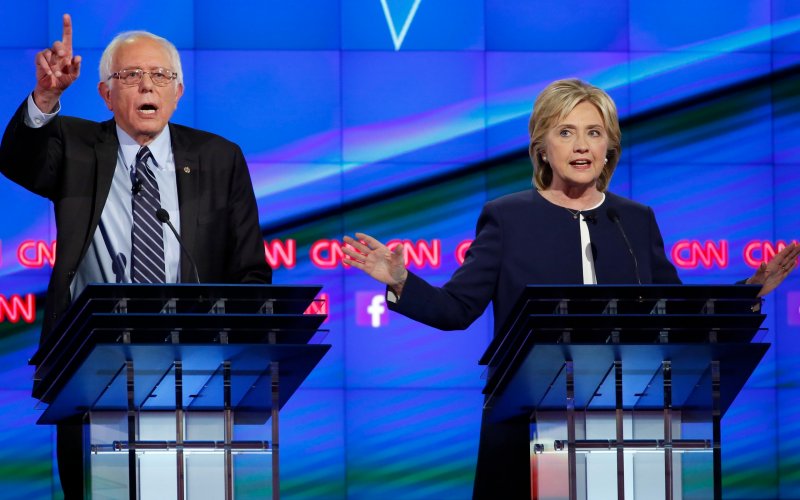 In a rare one-on-one interview, presidential candidate Hillary Clinton said she’s “not even sure” that Bernie Sanders is a Democrat.

During Politico’s Off Message podcast, she said: “He’s a relatively new Democrat, and, in fact, I’m not even sure he is one. He’s running as one. So I don’t know quite how to characterize him.”

Clinton said she’s frustrated by what she called a “persistent, organized” effort to smear her political record. “I know that Senator Sanders spends a lot of time attacking my husband, attacking President Obama. I rarely hear him say anything negative about George W. Bush, who I think wrecked our economy,” she said.

Clinton also said there wasn’t much difference between Trump and Ted Cruz, calling the Texan senator “a very, you know, mean-spirited guy.” Read more at Politico.