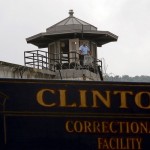 The dramatic escape of two convicted murderers from the Clinton Correctional Facility in Upstate New York has captivated the public. In this article we will present some pertinent Torah sources on the role of incarceration in halacha.

Rabbi Samson Rafael Hirsch (Shemos 21, 6) points out that incarceration is not one the forms of punishment mentioned in the Torah. There is only one situation whose punishment resembles imprisonment. It is the halacha that a thief who cannot repay the loss can be sold to his creditor for six years as an eved ivri. Even this is hardly comparable to prison. He must be treated well, even better than his master. Rabbi Hirsch theorizes that the reason for this is because the Torah greatly values freedom. The idea of restricting freedom as a form of punishment runs counter to the basic ideas of human rights embodied by the Torah.

While imprisonment is not one of the classic forms of punishment in the Torah, it is not absent from halachic literature. A most important discussion on this subject is found in the writings of the Rosh and Rivash.

The Rosh (Shu”t 68, 10) was asked if a creditor could take custody of the debtor to force him to repay the debt. He answered that it is forbidden. The only situation that a person could be sold into slavery is a thief as an eved ivri. This is limited to a thief not a debtor. A creditor has only a lien on assets not the actual human being. Therefore, it is forbidden to make him work or to imprison him in order to repay the debt. Furthermore, even if the debtor stipulated in the loan agreement that he could be sold as a slave, it is not binding. The only way a Jew can sell himself is as an eved ivri, and it does not apply today because there is no yovel. The Rashba (1, 1069) took a similar approach.

The Rivash (484) writes about the practice of Bais Din in his community to imprison debtors. The Rivash had difficulty with this practice. As the Rosh ruled, a creditor does not have a lien on the person’s body, just on the assets. Therefore, imprisonment or forced labor is forbidden according to halacha. The Rivash seeks to justify this practice for a different reason.

One of the great challenges that creditors had in collecting their dues was that unscrupulous borrowers would hide their assets and claim they were broke. The Rivosh reasoned, if debtors were being imprisoned to force them to reveal their hidden assets, it is not a violation of halacha. While halacha does not offer this remedy, it could be justified as a takanah, an ordinance of Bais Din. As such, Bais Din was not imprisoning them because a creditor has a right to take physical custody of the borrower. Rather, it is part of Bais Din’s extrajudicial capacity to keep law and order. Therefore, if it is clear that the borrower is not hiding assets, it is forbidden for Bais Din to incarcerate him.

Perhaps the most famous reference to prison in Torah sources is the story of the mikosheish eitzim in Parshas Shlach. The Torah relates how the mekosheish went out on Shabbos and chopped wood. Moshe Rabbeinu did not know the proper punishment and he was placed ‘bamishmar’, which the Sifrei explains as a jail cell. The Shvus Yaakov (1, 14) writes that we see from here that Bais Din imprisons a suspect who is awaiting trial so he should not run away.

Capital Punishment vs. Life in Prison

In 1981 the Governor of New York asked for Rabbi Moshe Feinstein’s view on the death penalty. Rabbi Feinstein (Igros Moshe CM 2, 68) responded that although the Torah gives the death penalty, its usage is very limited. Halacha requires two kosher witnesses and does not rely on circumstantial evidence. The judges must be of the highest caliber. He notes that for this reason even when the government allowed, Jewish communities in the diaspora did not give the death penalty.

While Rabbi Feinstein does not discuss imprisonment, the Rivash writes that a person may be imprisoned for not paying taxes because of Dina Dimalchusa Dina. As such, it is logical that the government has the right to imprison criminals to punish them and protect society.

As Rabbi Hirsch observed, fundamentally the Torah does not believe in limiting a person’s freedom. Along these lines, it is forbidden to punish a borrower with prison or forced labor. However, it may be used by Bais Din or a government as a means to bring about justice and protect society.