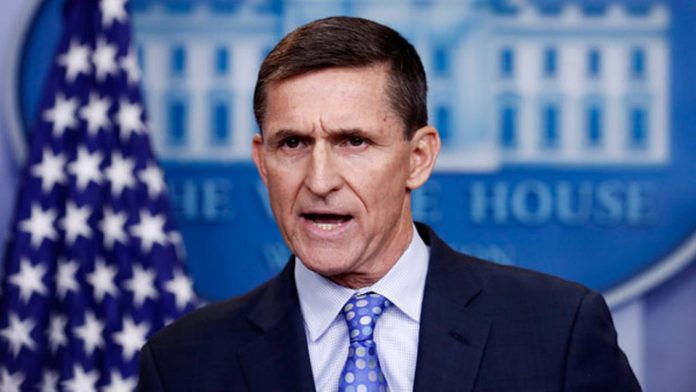 Raw Story reports: Rumors are swirling that President Donald Trump’s ousted national security adviser Mike Flynn has cut a deal with the FBI and is now informing on his old boss, the president.

CNN national security analyst Juliette Kayyem discussed the possibility in a panel discussion on Friday night when she said that former Trump foreign policy consultant Carter Page, ex-campaign manager Paul Manafort and longtime Trump ally Roger Stone will all testify before the House Intelligence Committee regarding their ties to Russia.

“It’s not that interesting to me because I don’t think they’ll be under oath,” Kayyem said. “The one name not mentioned is a name I mention often on this show: Mike Flynn, the former national security adviser.”

“It is starting to look like — from my sources and from open reporting — that Mike Flynn is the one who may have a deal with the FBI and that’s why we have not heard from him for some time,” she said.

Flynn, a retired U.S. Army Lieutenant General, was forced to step down from the Trump administration when it came to light that he lied to Vice President Mike Pence and the public about his contacts with Russian Ambassador and former FSB spy recruiter Sergey Kislyak.

This week, retired CIA Director James Woolsey said that he sat in on a secret meeting with Flynn and officials from Turkey’s authoritarian Erdogan regime in which Flynn entertained the idea of illegally sidestepping U.S. diplomatic protocols to return a fugitive Muslim cleric to Turkey. Woolsey describe the proposed operation as a “dead of night” mission to “whisk away” Fethullah Gulen and return him to Erdogan’s far-right government. Read more at Raw Story.