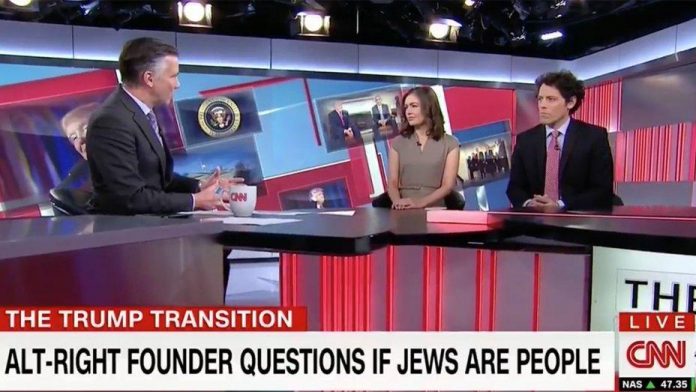 CNN and Jake Tapper have apologized for an “unacceptable” chyron that appeared on screen during The Lead on Monday, during a conversation about President-elect Donald Trump’s support from white nationalist Richard Spencer. The banner read: “Alt-Right Founder Questions If Jews Are People.” Tapper said he was “horrified” at the banner while show was being substitute-hosted by Jim Sciutto. Tapper said he was “furious” and that his “staff has heard from me.”

On the show, Sciutto characterized Spencer’s words as “hate-filled garbage.” In a statement, CNN called the chyron label “poor judgment” and said “we very much regret it and apologize.” The cable-TV network took heat for the text because it seemingly normalized the anti-Semitic opinions of a neo-Nazi and elevated it to a political conversation about whether it would be politically expedient for Trump to denounce such terrible opinions. Read more.