Rav Shlomo Kanievsky, currently on a whirlwind trip to the United States in an effort to save his yeshiva, Yeshiva Kiryas Melech in Bnei Brak, will spend this coming Shabbos, Parshas Bechukosai, in the Chestnut Ridge, NY community.

The hosts will be Mr. and Yehuda Wisotsky. Friday night, he will daven at Birchas Yitzchok, and attend the seudah at the home R’ Michoel Fink, located at 36 Raymond Street. Shabbos morning, the seudas Shabbos will take place at the home of R’ Gavriel Dorfman, located at 9 Eastbourne Drive. Shabbos afternoon, at Bais Medrash Torah Utefillah, a shiur will take place at 5:45 p.m. followed by Mincha. Seuda Shlishis will be at the home of  R’ Sruli Neiman, at 25 Eastbourne Drive. The Rosh Yeshiva will say a Pirkei Avos shiur at Merkaz Hatorah at 9:00, followed by marriv at 9:22.

Subsequently, a yeshiva gedolah, named Kiryas Melech, was established and Rav Shlomo served as maggid shiur. He later assumed full responsibility for the financial burden of the yeshiva, following the guidance of his father, Rav Chaim Kanievsky, and his grandfather, Rav Yosef Shalom Elyashiv, to ensure the growth and vitality of Tiferes Tzion/Kiryas Melech. Rav Shlomo then served as rosh yeshiva together with Rav Shmuel Yaakov Borenstein zt”l and presently with ybl”c Rav Yaakov Carp.

The rabbeim and bochurim of the yeshiva benefit from Rav Shlomo’s breadth of Torah knowledge, his boundless ahavas haTorah, his scintillating shiurim, and his personification of the sterling middos for which his forbears have been known. Under Rav Shlomo’s inspiring leadership, the yeshiva has continued to make its mark, educating talmidim with its trademark approach.

But today, the yeshiva is at crossroads. Facing crushing debt, funds need to be raised in order to ensure the survival of this Torah citadel. In an effort to rescue the yeshiva, Rav Shlomo is traveling across the world, reaching out to good Jews wherever they may live for their assistance.

Rav Chaim Kanievsky has imparted powerful brachos to those who step up to assist his son, Rav Shlomo, at this crucial time. 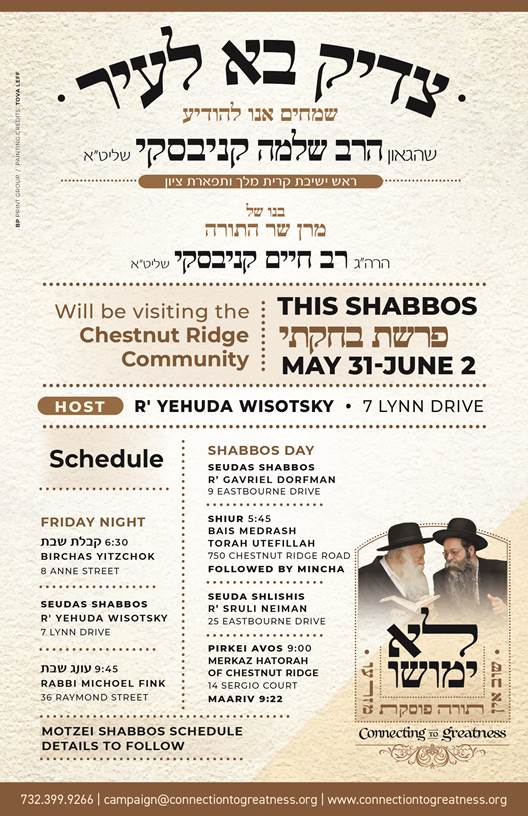 Picture from last shabbos in Passaic: 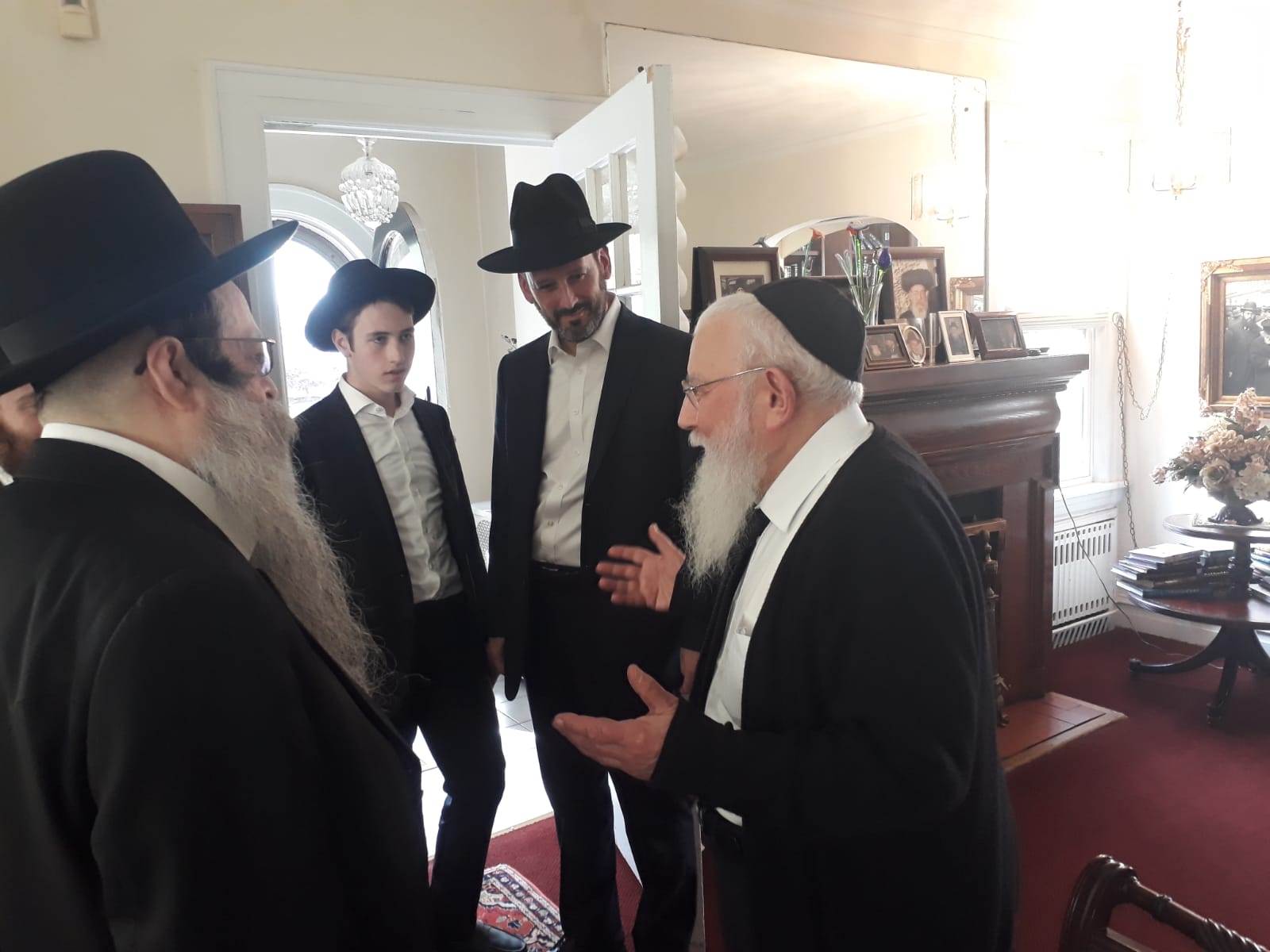