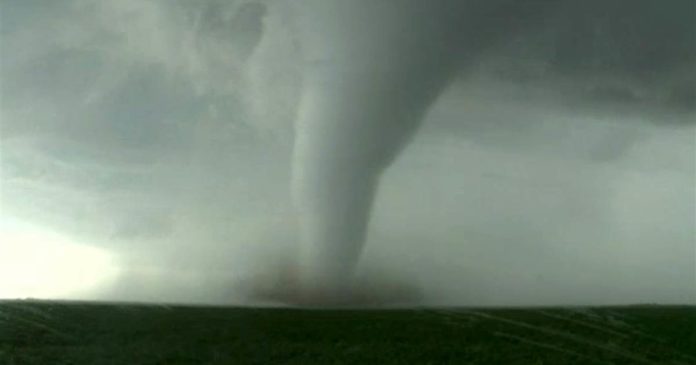 The U.S. has been rocked by 500 tornadoes in the past 30 days with a trapped jet stream in the atmosphere “stuck in neutral,” according to the U.S. Storm Prediction Center.

In the past seven decades, only 2003, 2004, 2008 and 2011 have faced that many tornado reports in a 30-day period, Bill Bunting, chief of forecast operations at the center in Norman, Oklahoma, said in a telephone interview. Through Tuesday, the center got calls on 12 days of eight or more tornadoes, a preliminary record that will take months to confirm.

“Whether or not we can say it was unprecedented, we will figure out later, but it certainly has been unusual,” Bunting said. “It is unusual to have this kind of streak going.”

The tornadoes have been driven by larger weather patterns that have also led to widespread rains and flooding across the Great Plains and Midwest. A low-pressure area is stuck over the Pacific Northwest, while high pressure sits on top of the southern states, allowing a stream of powerful winds to slice through the center, drawing energy from the Gulf of Mexico.

Social media has given the public the means to both record and report tornadoes like never before, and that may be one of the reasons that the most abundant years have all been within the past two decades, Bunting said.

A pattern shift in coming days may push the jet stream farther north, reducing the frequency of the tornadoes.

“The widespread daily thunder should diminish over the areas that have been hit hard,” Bunting said.