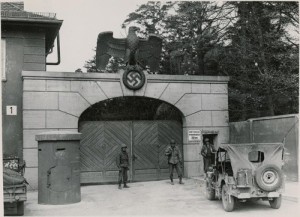 A portion of the former Nazi concentration camp Dachau is being used to house dozens of refugees, the German town’s mayor says.

The concentration camp has seen its former herb garden turned into a shelter for refugees, AFP reported.

According to Mayor Florian Hartmann, the town is facing a housing shortage and did not have room to accommodate the influx of refugees and migrants amid Europe’s crisis on that issue. The camp site houses “about 50 people…who have lost their homes” and “serves as accommodation for people who cannot afford housing on the [open] market,” Hartmann said in a statement.

“These are the weakest members of society. This building has been burdened by history but can now take on a useful social role,” said Hartmann.

Opened in 1933 shortly after the rise to power of the Nazis, around 43,000 people were killed there and more than 206,000 were detained during the Holocaust before being liberated by the United States on April 29, 1945.