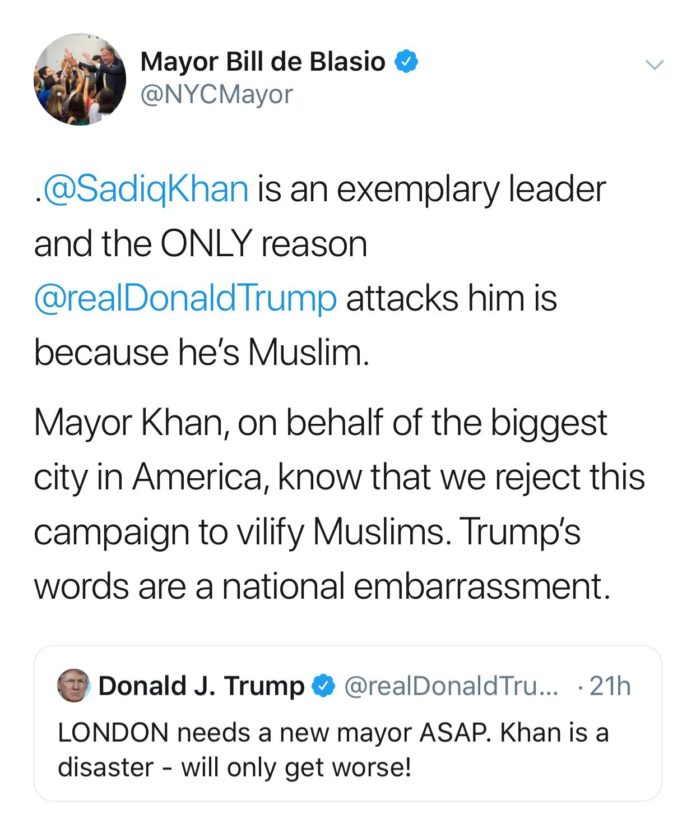 “Sadiq Khan is an exemplary leader and the ONLY reason Donald Trump attacks him is because he’s Muslim. Mayor Khan, on behalf of the biggest city in America, know that we reject this campaign to vilify Muslims. Trump’s words are a national embarrassment.”