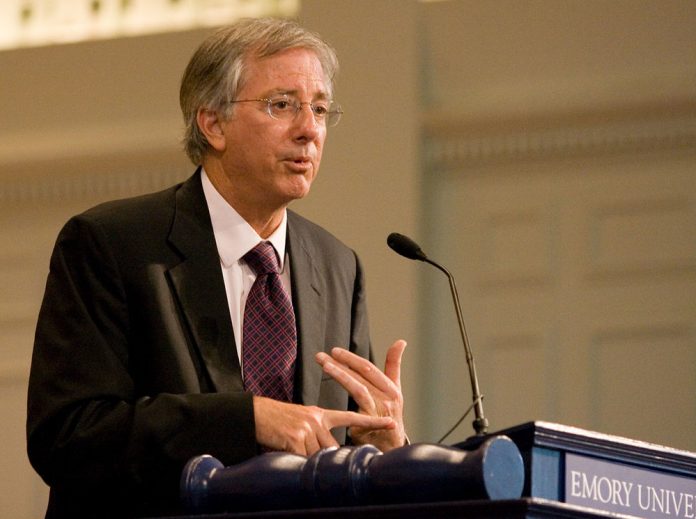 If Hillary Clinton is elected U.S. president, she should launch a behind the scenes initiative to bring about changes in Israel’s policies, according to former Clinton adviser and U.S. Mideast envoy Dennis Ross.

Ross’s remarks came during a panel discussion at Georgetown University’s School of Foreign Service on Thursday.

Ross said that “even though negotiations with the Palestinian Authority won’t work now,” Israeli Prime Minister Benjamin Netanyahu should take steps of his own. “He should, at a minimum, announce an official policy that there will be no further Israeli construction east of the security barrier,” Ross said.

Numerous Israeli settlements would be affected by such a policy, including the communities in the Jordan Valley. Ross said such unilateral concessions would be consistent with “the traditional Zionist way of shaping your own destiny.”

The public disputes between Israel and the Obama administration were counter-productive, the former peace process negotiator said. “So if the more traditional of the two presidential candidates is elected, she should not undertake a big public initiative, but instead there should be some effort behind the scenes,” he added.

Ross charged that Netanyahu “does not want to make the difficult choice between his domestic interests and what the international community expects.” But, he emphasized, Netanyahu’s past concessions to the Palestinian Authority indicated that “if you could create the circumstances that would force him to make that historic choice, I think he would.” Twice the former ambassador said the Israelis need to realize if they want peace, “they can’t get it on the cheap.”

Ross sparked a moment of controversy when he said that President Obama “considers himself a genuine friend of Israel–the kind of friend who doesn’t let his friend drive drunk.”

Abrams said senior White House aides traditionally step in to help patch relations when the president does not get along with a foreign leader. With Netanyahu, “the White House staff has made things worse,” he asserted.

Abrams singled out National Security Adviser Susan Rice as harming relations between the U.S. and Israel. He also pointed out that the unnamed White House official, who last year used an obscenity to characterize Netanyahu, “did it deliberately, for publication, and yet was never punished for that ugly remark.” Abrams added, “If the president and his national security adviser wanted such talk to stop, it would have.”

Ross responded that “things like that didn’t happen under Tom Donilon, with whom I worked.” Donilon, Rice’s predecessor, served from October 2010 to June 2013. Several audience members pointed out afterwards there were a number of unpleasant incidents during Donilon’s time, including Obama’s open mic moment when he complained that he “has to deal with [Netanyahu] every day,” and Hillary Clinton’s assertion, at the 2012 Saban Forum, that Israel has a “lack of empathy” for “the pain of an oppressed people.”

Ross also seemed to blame Netanyahu for some of the problems enforcing the terms of the Iranian nuclear agreement. “Instead of holding Iran’s feet to the fire, [the administration] just comes up with excuses for Iran’s actions,” he said. “More could have been accomplished if Netanyahu had pressed for the creation of a Joint Implementation Committee, as I proposed.”