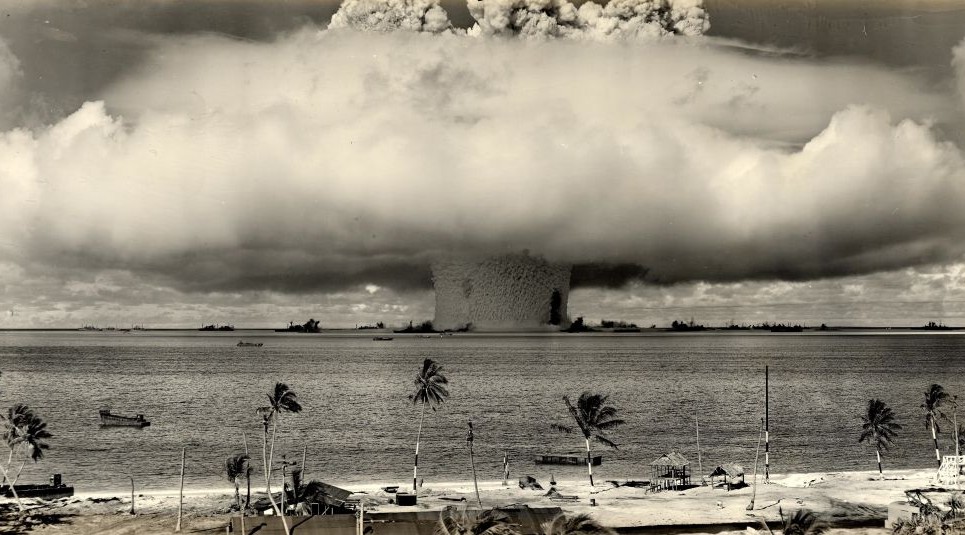 An interview with a former Israeli nuclear official is presented as support that Israel may have resorted to using a nuclear bomb in the Six Day War.

Published by the Nonproliferation Review, the interview features Elie Geisler, who served at Dimona’s nuclear research center from 1964 to 1966 and was assigned to guard a “radioactive package” before and during the 1967 War.

Hurriedly commissioned as an army officer, he was sent to a police compound south of Tel Aviv with a platoon of police border guards to guard a metal box containing a metallic half-sphere and to check it periodically for radiation leakage. Other cores were placed in other locations, he was told.

“From time to time, I would discuss with the commander of the troops the procedures to move the core to an assembly point, where it would join with the remainder of the device,” Geisler said. “On these occasions and on every occasion that I stood alone with the core, I’d silently pray and wish that we should never employ this horrific invention of humanity.”

While Geisler admits he “was never privy to the full details of the plan,” his interviewer, historian Avner Cohen, believes, based on speaking to Geisler and others involved in the program, that if necessary, Israel planned to scare Egypt by detonating a nuclear bomb codenamed “Shimshon” in Sinai from where its mushroom cloud may have been visible as far as Cairo.

Two years ago, Michael Oren, author of an acclaimed history on the 1967 War, said that thousands of declassified documents from the era lend no support to the doomsday scenario.